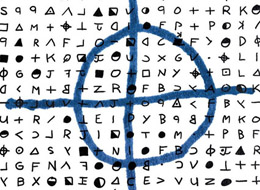 With films like "Zodiac" (2007) David Fincher has become Hollywood's serial-killer specialist and yet his entries from that genre seem to have more in common with "The Insider" than with "Psycho" or "The Silence of the Lambs" He shows a great fascination with the details surrounding each case, than with their heroes and villains. His approach is usually just as meticulous when inspired by fictional works ("Seven," "The Girl with the Dragon Tattoo" (2011)) as by real-life events. Perhaps it is Oliver Stone's "JFK" that this film most resembles; obsession is at both their cores.

"Zodiac" depicts the investigation into the murders committed by the 1960s-70s serial killer of the same name. The man's notoriety did not come from an extraordinary modus operandi like his fictional peers John Doe ("Se7en") or Martin Vanger ("GWTDT"). It was his calculated use of the media and colorful name that made him a household name. Zodiac was the inspiration for the first "Dirty Harry" villain (Scorpio) but there is little resemblance between their actions. He was able to get his ciphers printed in several papers through (mostly) idle threats, becoming a Riddler-figure in the process. Zodiac's motives weren't all that clear, he seemed to enjoy killing but it was his "15 minutes" that mattered most, as he gladly took the credit for crimes he couldn't possibly have committed.. The vast area where the killings took place and the lack of a pattern in Zodiac's choosing of his victims would have made the events difficult to connect without his "help." In today's world of advanced communications, DNA sampling and call tracing, this case would have surely been solved sooner.

"Zodiac" dramatizes the story behind this investigation, focusing on the effect that an episode of this nature and length has on those involved. The main character is Robert Graysmith (Jake Gyllenhaal) a political cartoonist at the San Francisco Chronicle and Boy Scout figure of sorts. His job at the paper had nothing to do with the crime beat but it provided him with a front seat to the events and surrounded him with most of its key players. He became more knowledgeable about the subject than just about anybody else and allowed for his interest to grow into an obsession greatly affecting his family life, much like Kevin Costner in "JFK" (it is only when dealing with this topic that the movie feels somewhat clichéd).

Paul Avery (Robert Downey Jr.) was the colorful Chronicle reporter at odds with the Police Department over his involvement in the case; his erratic actions put him in harm's way and brought great embarrassment to the cops. Avery is portrayed as a funny, sarcastic rebel and the role seems to have inspired Downey in the creation of his Tony Stark persona. Inspectors David Toschi (Mark Ruffalo) and William Armstrong (Anthony Edwards) were the men in charge of the inquiry. They were aware of its relevance but disappointment over numerous setbacks and the passing of the years discouraged them. Toschi occasionally came back to help but only because of Graywmith's insistence and unexpected progress. The investigation itself may be the star of this film but the story of these (mostly) unknowns is the reason we end up caring about the outcome. 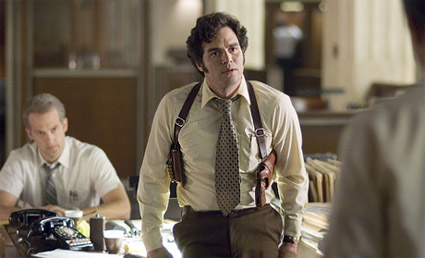 At "Zodiac's" center is Graysmith's personal quest to uncover the man behind the crimes. We come to learn that many of the obstacles in catching the killer came from human errors and the limitations derived from the primitive techniques of the time. The murders were committed in several counties whose law enforcers weren't used to sharing information. Graysmith became the one person aware of every bit of data involving every region, and he regularly came up with facts that took the investigators by surprise. That a live witness didn't get to see a photo of the main suspect until the early 1990s helps explain why no one was ever brought to justice. Graysmith's findings do provide what matters most to him: the chance to learn the killer's (likely) identity. That there isn't enough grounds to prosecute the suspect becomes secondary to him ("just because you can't prove it doesn't mean it's not true").

Fincher's biggest achievement was coming up with an effective thriller, while dealing with the limitations of real-life events that occurred sparsely and far apart. This forces him to create a sense of urgency that in many instances is merely artificial. We see Graysmith knocking on people's doors in the middle of the night to discuss matters that surely could have waited until the next day. This approach is understandable as this killer's story never lent itself to the use of standard, cinematic devices for the creation of tension.

Even under these conditions, "Zodiac" manages to provide a sequence of undeniable terror when least expected. The scene in question greatly reminds me of another in Fincher's own "The Girl with the Dragon Tattoo" (2011). The protagonists in both films suddenly find themselves realizing that the man standing next to them may very well be the killer whose identity had eluded them up to that point. In the later feature, the Stellar Skargard character goes as far as bringing this subject up by telling Mikael Blomkvist (Daniel Craig): "The fear of offending is stronger than the fear of pain." This also describes Graysmith's predicament as he is in a dark basement when grasping that the killer's handwriting may be the same of the man who's taken him there. Surely he can out run this middle-age character but what if he's wrong and ends up looking like a fool instead? This is the equivalent of living through a nightmare without being able to scream. Fincher proves here that the outcome of a case where the suspicion turns out to be a false alarm can be just as terrifying as the one where the character's worse fears came true. 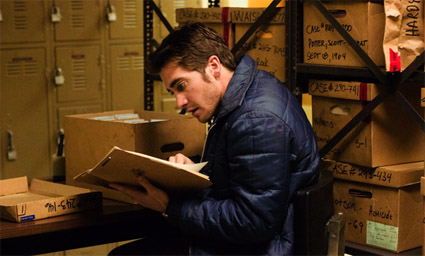 This is not a standard, flashy, serial killer story with chases, shoot-outs or even the obligatory lines of the genre such as: "he's never going to stop; he's going to go on and on until somebody does something." It deals with dozens of characters and a huge number of facts. Fincher organizes them in a fairly comprehensible manner, but this doesn't mean he makes it easy for the audience to keep up, as we're constantly in danger of getting lost with the shifting from one line of investigation to another.. One moment we feel fairly certain about the killer's identity and then the script take a 180 deree turn to reveal a new suspect that will soon be disregarded, only to eventually send us back to the first. This makes it the best kind of DVD experience as we're likely to grasp new elements with every viewing.

The picture is not made up of large, spectacular scenes but rather involves the viewer by stringing together smaller ones that add up to moments of great relevance. The abundant visual effects are just there to provide images of sites that no longer exist and shots that would have been impossible to film (think of the aerial camera following a taxi on a 1970s street). As a result, we are seldom even aware these are Special Effects. Are the film's conclusions accurate? Our subconscious has a tendency to regard anything that's convincingly portrayed on screen as the truth, but "Zodiac" clearly shows more concern with sticking to the facts than the average movie based on true events.

Perhaps the biggest problem some people had with "Zodiac" was the fact it did not provide them with a conventional, happy ending or tidy conclusions. Not everybody was ready to accept a finale that didn't answer all of their questions and tie up every loose end. Fincher could have taken liberties to better fit the ending with these expectations but he chose to remain true to the story, the only approach that could ever feel authentic in a famous case like this. Besides, in a film whose central subject matter is the lead character's obsession, at the end he is able to make sense of his decades-long ordeal by getting the chance to face the alleged killer and look him straight in the eye. This image turned out much more powerful than any made up ending ever could.