What You Need to Know about the Situation in Turkey

Omer M. Mozaffar June 28, 2013
Tweet
As this piece was being laid out and published, the situation in Turkey raged on, with security forces firing on protesters inDiyarkbakir, protestors in the working-class Ankara district of Dikmen blocking roads and starting fires,and more protestors starting a "Tarksim Square Book Club" in Istanbul, once the epicenter of clashes in Turkey. If you live in Turkey or in adjoining nations, you already know who the various groups of protesters are, what they want, and what the forces arrayed in opposition want, and what's at stake for everyone.
Advertisement

But those in other parts of the world may not know where to to begin, what to think, or even who's who.What that in mind, the editors asked Far-Flung Correspondent Omer M. Mozaffar to write up the primer on the situation in Turkey, which summarizes the events of the last few weeks and puts them in a historical context. — The Editors

In mid-May of 2013, Turkey paid off its debt to the International Monetary Fund. A month later, riot police pushed protesters out of Gezi Park in Istanbul.

At first, the two events were related, but not so much anymore, if at all. Let us try to make sense of what is happening, and where things seem headed. 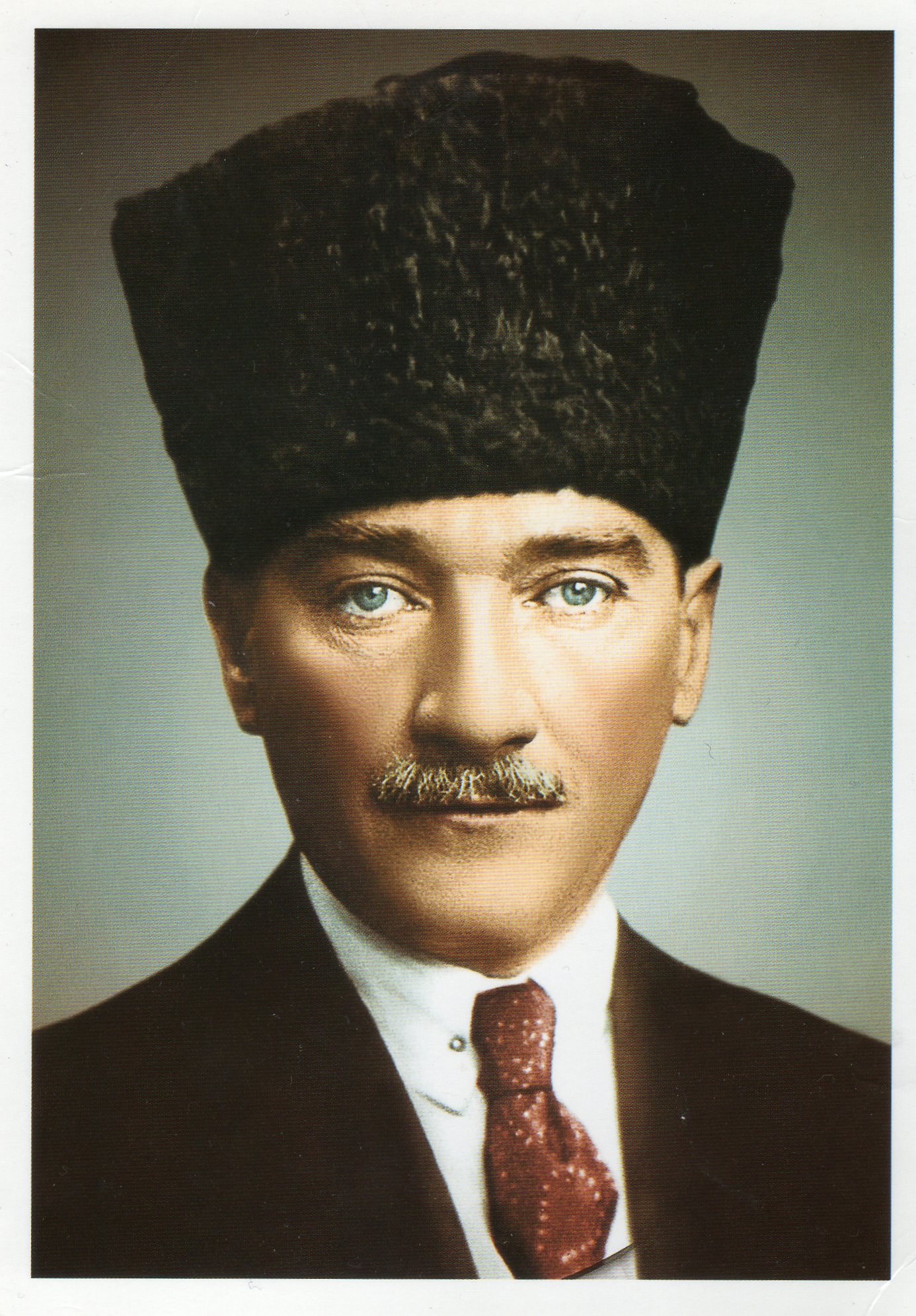 Mustafa Kemal Ataturk(above) dismantled the last vestiges of the Ottoman Empire, one of the greatest empires the world had seen. The Ottomans had all the civil and non-civilities that go with empire. But they were also full of style and substance. Take a flight to Turkey, and the minarets from the Ottoman mosques aiming straight for the clouds will demand your attention. In their decline, however—as Ottomans went deeper into debts owed to the innovative European nations—Ataturk provided the final blow, reforming Turkey in an aggressively secular state.

Jump forward nearly a century and the Turks embrace an Islamic revival, not unlike the religious resurgences taking place in every tradition in every inch of the globe. 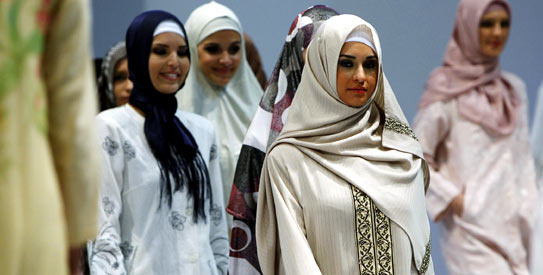 As is the case with every other stimulation, Turkish Islam has all the different shades of liberal, moderate, and conservative. The key point here is that without Ataturk's secularization, Turkish Islam would have a completely different outlook. In some ways, it has the feel of what the original spokesmen of the Iranian revolution envisioned, before it was overtaken by the Ayatollahs, or what the founders of Pakistan envisioned, before it was overtaken by feudal lords: a modern democratic Islamic state.
Advertisement

Flash-forward to 2002. A religiously affiliated party, AKP (the Justice and Development Party), gets elected into power. Theirs is a platform focused on freeing markets. Think of capitalism with an Islamic sentiment. For those who are familiar, the closest recent equivalent would be Malaysia in the 1990s, which reformed the infrastructure as a modern Islamic state, survived the Asian Financial Crisis, providing newfound economic and civil prosperity.

Unfortunately, that country now struggles under corruption, and is a shadow of its former success.

In Turkey's case, the transition to a Muslim-outlook has met expected resistance from secularists, as well as others worried about interventions in public and private life on religious grounds.

Over the years, Turks have taken to the streets to protest real and perceived encroachments on secular life. Nevertheless, at the ballot box, AKP has been re-elected twice, each time increasing their share of the popular vote.

despite the analogies to Iran and Malaysia, Turkey is as much a Western nation as it is an Eastern nation. Anatolia is the crossroads of the world. Though most Westerners regard Ur, the home of Abraham, to be in Iraq, many Turks lay claim to Urfa as the site. Later, Anatolia was conquered by Alexander. Later still, it was home to the Eastern Roman Empire (the Byzantines). In Christian history, it is the birthplace of Paul. It might be where the Virgin Mary spent her final years. The first Ecumenical Councils were in modern Iznik, formerly known as Nicaea.

In Islamic history, half a millennium before Constantinople became Istanbul, the Seljuk empire established its capital in Nicaea and eventually Iconium (Konya). The latter was home to the most read poet in America, Rumi.

On that note, Turkey's ongoing attempts toward admission in the European Union continue to move forward at a snail's pace. In the past decade, however, while European economies continue to falter, Turkey's continues to rise and expand. Now, they manage to pay off half a billion dollars in debt to the IMF. Further, they announce that they will provide services as a lender to the Fund.

But, there is a catch here.

The Turkish government is not debt free. The debt has shifted from external sources to internal, corporate privatized lenders. And, this is where we begin to make sense of the protests. The tremendous increase in relationships with corporate entities results in tremendous development. 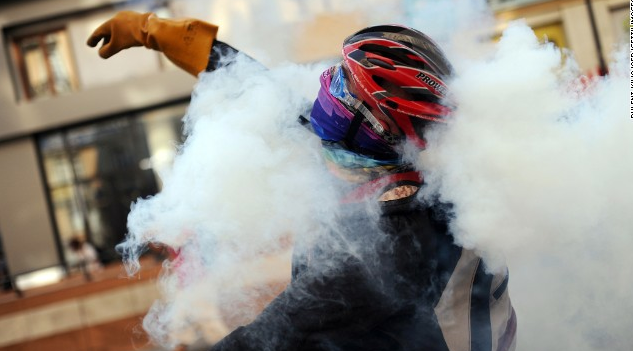 We can split the evolution of the protests into, so far, five phases.

Gezi Park sits in a tiny spot in Taksim Square.

As word spread that the park was to be torn down in favor of some government or retail structure, the expected Green activists launch their protests. About 50 people participate.

For much of Turkey, and especially the world, this movement would have come and gone unnoticed. It seemed to last a few days, near the end of May. But police forces removed the environmentalists.

In response, a larger round of activists join the cause, now framing the discontent as civil resistance in defense of free speech.

Anti-capitalist forces join the protests. Their ranks include various types of Communists, and Kemalists (supporters of the old secular world of Ataturk). By this point the total number of activists has reached some 4000 young people. Again, this movement seemed to last a week, into the beginning of June. Local news media ignored the event, though some assert coverage that some reporters tried to cover it but were censored.

Estimates that as many as three quarters of a million people have joined, all across Turkey. The protesters are joined in solidarity by other, smaller protests in countries outside Turkey.

With recruiting through Social Media and international attention, now, the protests seem to lose their center. Participants resist every issue under the sun, all directed at the government. Religious Muslims join in. Lesbian-Gay-Bisexual-Transsexual-Queer allies join. Foreign activists join as well. Some protest new limits on alcohol sales and public displays of affection. Gezi Park is merely the symbol now.

Riot Police start forcing the protesters to disperse. By this point a half-dozen people have died. Over 4000 people have sustained injuries.

In the earlier stages, we saw hints of this trend. The most common image featured Whirling Dervishes dressed in gas masks. Now, we see the "Standing Man" protests, which spread throughout the last few weeks and were just recently permitted by Turkey's deputy prime minister. The sentiment is still a decentralized push for public speech, but in response to accusations that the protesters have been violent, obnoxious, and lewd, now, they stand still and silent. Taksim was filled with people again with public forums at local park organized nightly. 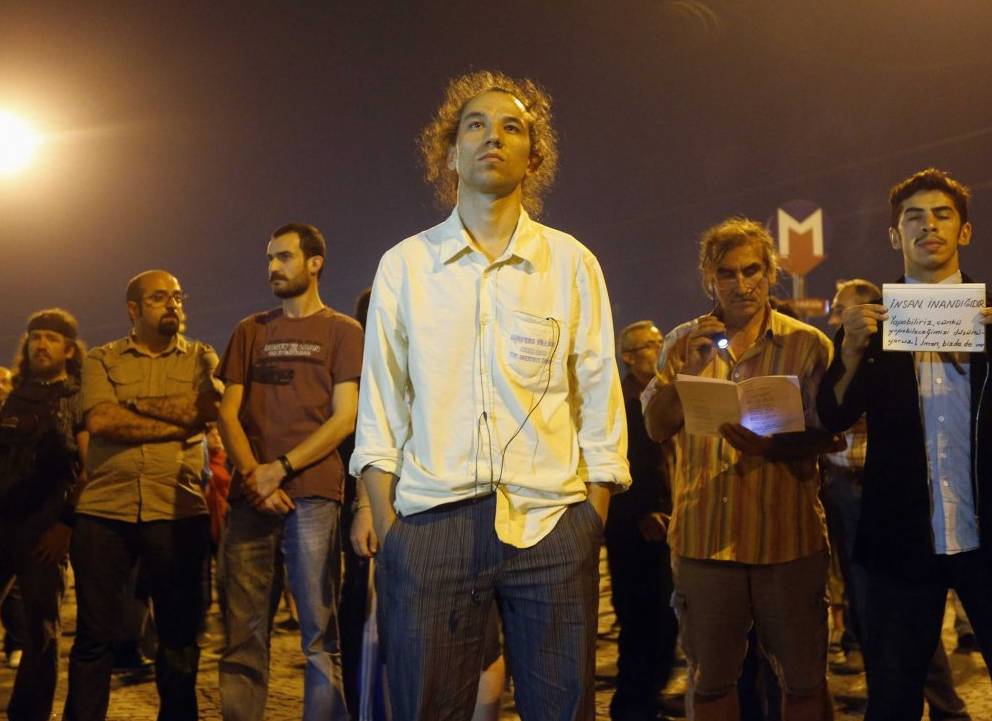 as we edge into July, what can we observe? This is not a battle between Secularists and Islamists. This is no longer a conflict (if it truly was) between Socialists and Capitalists. Right now, this is a battle for Free Expression against Police enforcement. These are young people previously thought to be apathetic, now demanding attention. They are secular in their politics, yet far more respectful of religious observance and symbols than we might assume.

Still, the protest seems to fall into the usual pitfalls of directionless resistance against ambiguously identified targets. Some of the complaints are clear: opposition against police forces attacking non-violent protestors, support for an independent press, and, of course, protection of Gezi Park.

But without a clear vision, the government's challenge, if it chooses to ignore the protesters, is simply to outlast them.

You might notice that I have not mentioned the Arab Spring.

That's because, except for proximity to the Arab states, especially Syria, there does not seem to be much relation.

The main commonalty is that the protesters are young and energetic, and similar methods in social media were used to rally people. But in the Arab Spring protests, the Arabs were protesting real, brutal dictators, with the worst being the President of Syria. These are dictators willing to raze their own nations down to rubble to maintain power. Erdogan of Turkey is a democratically elected head of a prosperous economy, who has also made his own missteps in failing to address the growth of the movement.

Otherwise, in Turkey opposition parties are jockeying to take advantage of the discontent. If they fail to transform the protests into a viable political movement, AKP will continue to win elections. Whether or not Turkish capitalism can sustain itself, it will continue to thrive for at least the next decade.

The European Union might have to beg for Turkey's participation. But Turkey will remain the crossroads of the world, in every type of way.