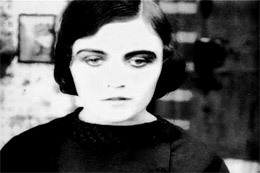 The only Polish actress ever to become a major Hollywood star, Pola Negri (née Apolonia Chałupiec), lived a life as exciting as the movies she graced with her presence. Born in a small Polish town of Lipno in 1894 (while the country was still under a triple occupation by its neighbors), she climbed her way up: first to the theatre stages of Warsaw and then to the budding movie business. After a successful crossover to the much more sophisticated German film industry -- and a happy pairing with its finest director, Ernst Lubitsch -- she starred in the international smash-hit, "Madame Dubarry" (1919). It was Lubitsch's ticket to Hollywood -- as well as Pola's.

It's fair to say that Negri's name and look are far better known than her movies, so it is with special pleasure that one welcomes the Foundation for Jewish Culture's initiative of presenting one of her lesser-seen films, "The Yellow Ticket" (1918), on a series of screenings held in different American and Canadian cities. Co-organized by the Polish Cultural Institute in New York, the travelling attraction will feature live accompaniment by the Grammy-winning Alicia Svigals of "The Klezmatics." It's a rare treat for any silent movie buff.

"The Yellow Ticket" (aka "The Devil's Pawn") was directed by Vicor Janson and Eugen Illes as a German project shot partially in Warsaw. A story of a Jewish girl forced to hide her identity in order to attend medical school in St. Petersburg, the movie is a melodrama of multiple oppression. Lea, as played by Negri, is at a disadvantage as a woman, an orphan and a Jew -- and yet has immense persistence and an insatiable ambition of becoming a doctor. The film includes more than one plot twist (the final one further complicating the issue of Lea's identity), but it's first and foremost a testimony to a spirit impossible to suppress.

When watching "The Yellow Ticket," it's worth remembering that, at the peak of her career, Negri's appeal was largely perceived as "ethnic." Her public image, molded primarily by Lubitsch in their Berlin years, was based on casting her as the savage, oversexed and irresistible Other. Her 1918 screen credit for "The Eyes of the Mummy" lured the viewers with a promise of an echt slavishen Temperament, despite the film's action taking place in Egypt. Negri's screen persona was founded on a vague sense of exoticism -- even her screen moniker evoked Slavic and African associations in a single breath. 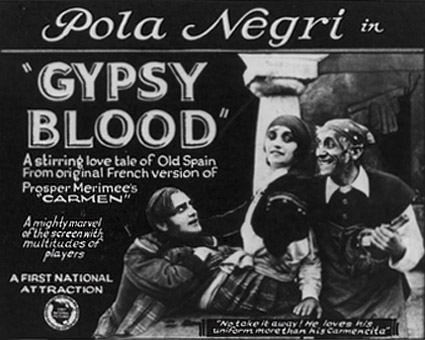 She was often cast as Gypsies (most notably in Lubitsch's loose adaptation of Carmen, "The Gypsy Blood") and Oriental women (as in "Sumurun"), not to mention free-spirited nomads ("The Wildcat"). Lubitsch was particularly good at coming up with startling bits of unbridled business for her: in "The Gypsy Blood," there's an unforgettable scene in which Negri's Carmencita is running from the police with her hands tied, and opens a large gate by pulling on the latch with her bare teeth.

It is a relief, then, to see Negri in a much more subdued mode in "The Yellow Ticket." She plays a bookish Jewish girl with a Yentl-like thirst for knowledge, and it's her intelligence, not her body, that's on display in the film. What's more, she's amazingly good at conveying uneasiness with the compromises she needs to make in order to study. Passing for her friend's dead sister and reluctantly obtaining the titular document that deems her a "loose woman," Lea is forced into prostitution even as she excels scholastically. The film's criticism of tsarist Russia's anti-Semitism couldn't be clearer, and it would cause the Nazis to hate Negri in the years to come. 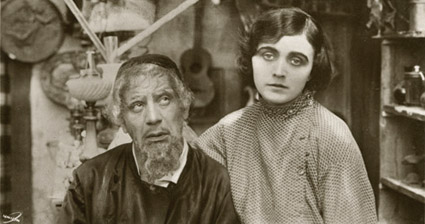 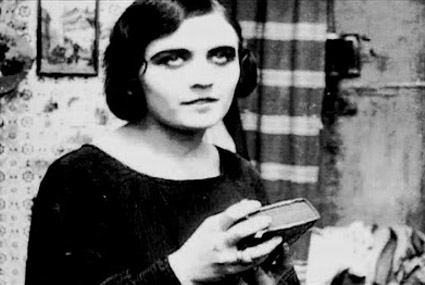 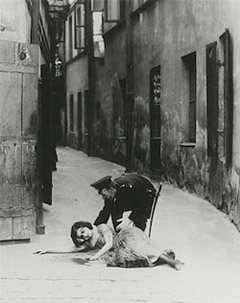 Janson and Illes' direction is neither stellar nor pedestrian: there are some fine deep-focus compositions, and the art direction remains generously cluttered throughout, conveying a sense of lived-in spaces. One of the most valuable aspects of "The Yellow Ticket" is its value as a documentary, since parts of the movie were shot in Nalewki, the Jewish quarter of pre-WWII Warsaw. In one particularly touching shot, one can see scores of people lining up before the camera and blatantly staring at the actors. The movie becomes a street performance, if only for a minute or so. 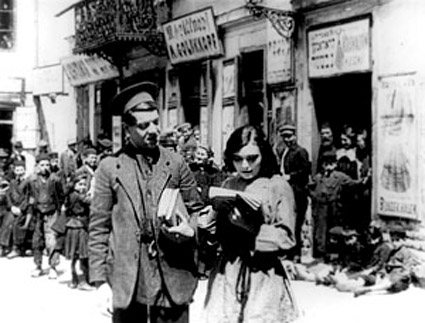 As for Negri, her career dwindled after the 1930s came to a close (but not before she romanced both Charlie Chaplin and Rudolf Valentino). She made few appearances after that, the most amusing of which was that of a "Wagnerian prima donna" Genya Smetana in an otherwise subpar 1943 screwball comedy, "Hi Diddle Diddle." Playing an obnoxious diva apparently wasn't too much of a stretch for her. (It's worth noting that the movie includes a hilarious moment of Negri breaking into string of Polish curses as she scorns her screen husband, Adolph Menjou.) 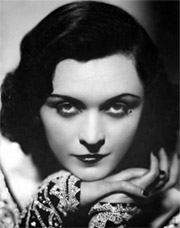 Watching "The Yellow Ticket," it's not hard to see Negri's thoroughly modern screen appeal. She has Clara Bow's quickness and Louse Brooks' sultriness, as well as a strong, physical presence that's never frail -- even when it's abused. As a document of its time (and a physical trace of the places and people who were soon to perish), it's a fascinating and heartbreaking film to watch.

"The Yellow Ticket," starring Pola Negri, will be screened on 10th January in Lincoln Center (New York City). Later screenings will take place in Vancouver, Miami, Boston, Philadelphia and Houston. The full schedule of the screenings can be found here: http://jewishculture.org/music/