That one year I lived in England, I debated with Muslims and my fellow Baha'is about pub crawling. As a non-drinker, should one join in the primary social activity of the clubs or should one decline on principle? Having already spent my frosh year as the designated sober person for too many weekends, I never went on a pub crawl. That left me sadly unprepared for the round table with Simon Pegg, Nick Frost and Edgar Wright, the lads behind "The World's End."

From the men who mashed a zombie film and mixed it with a boy-wins-back-girl film in the 2004 "Shaun of the Dead" and warped the bromance cop team saving the city genre with the 2007 "Hot Fuzz," you wouldn't expect a straight-forward story about middle-aged men pathetically attempting to re-capture their youth. Consider the movie is being advertised with the very word "barmaggedon" at Comic-Con. It's tagline is: "Good food. Good ales. Total annihilation."

Having even less experience with alien invasions, I had to approach this round table with proper humility. Written by Pegg and Wright, "The World's End" revolves around an alcoholic, Gary King (Simon Pegg), who attempts to remember his glory days by recreating a pub crawl that he and his best mates unsuccessfully attempted twenty years ago in their hometown of Newton Haven. The crawl includes 12 pubs with the first being First Post and the last one being the World's End.

Gary was happiest twenty years ago. He was still cool and the leader of his buddies, but Peter (Eddie Marsan), Oliver (Martin Freeman), Steven (Paddy Considine) and Andrew (Nick Frost) have all moved on to steady jobs and respectable lives. They've become estranged because while they are heading forward, Gary is stuck in the past. 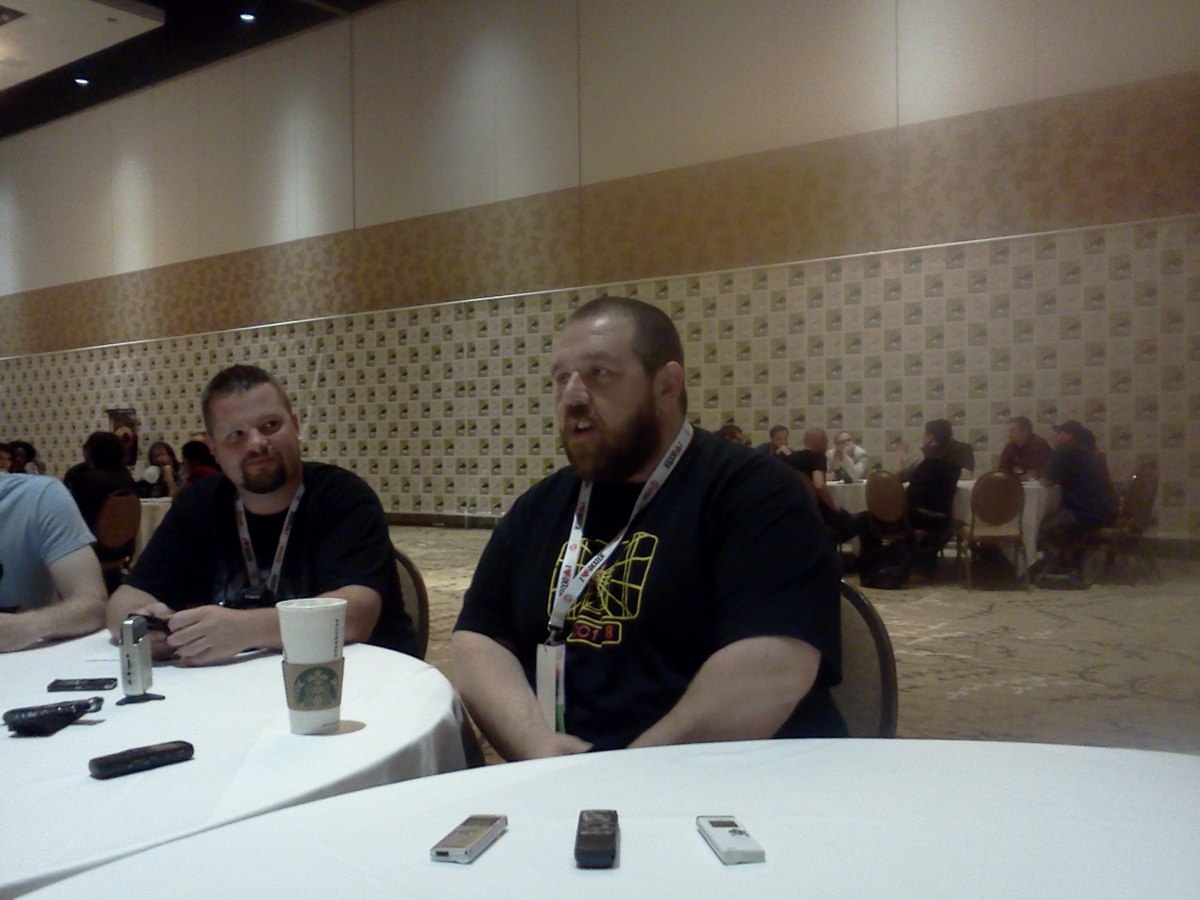 Edgar Wright remembers one particular hometown pub crawl where he had a pint in every pub and by about pub six, he was in such a drunken state he decided to call on a girl he had recently begun to date. It was in the wee morning hours, about 2:30am, and he got her mum because he had forgotten that she was out of town. Not the best way to begin a relationship but luckily that was before YouTube could make his embarrassment live on forever. 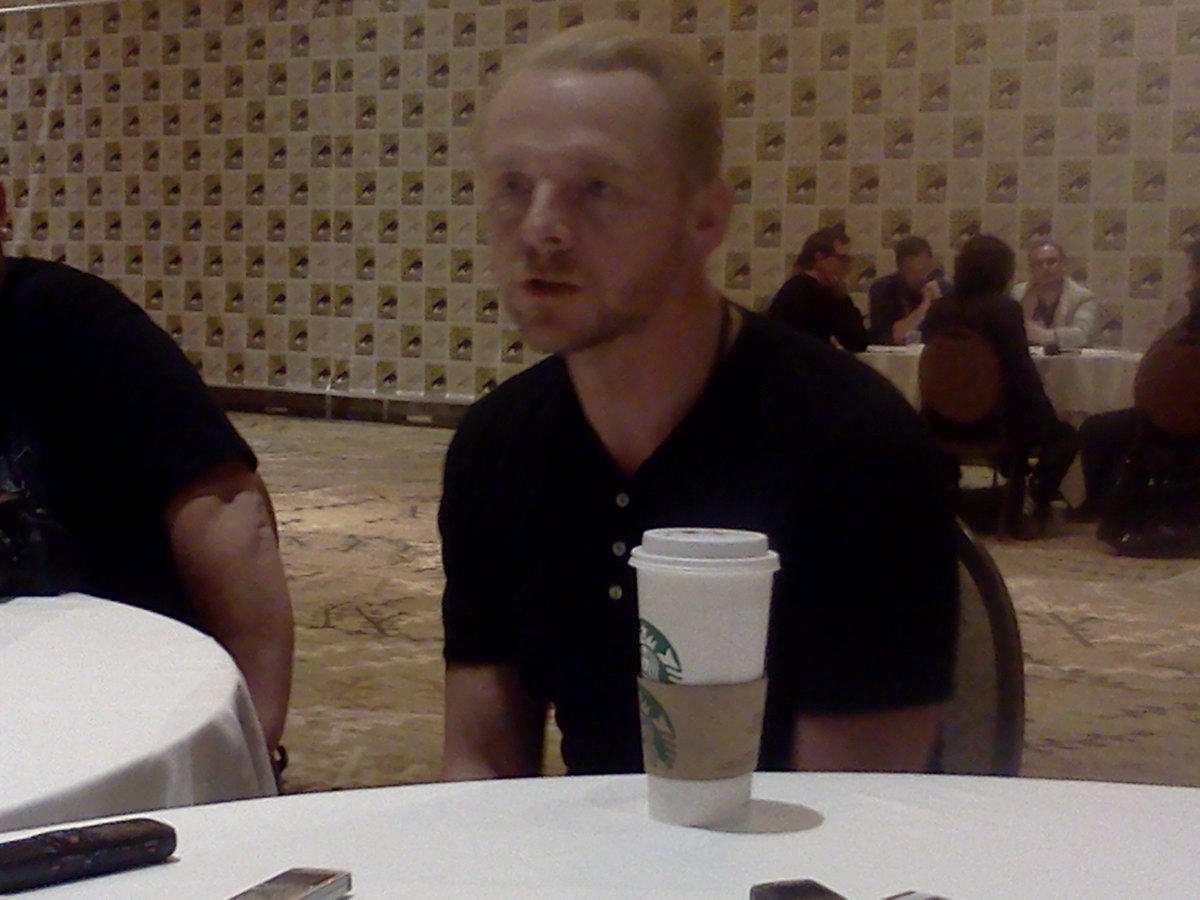 Simon Pegg who's taken on the iconic Star Trek role of Montgomery "Scotty" Scott in the Star Trek reboot stopped drinking in about 2010, but he did have a stag night in Belgium prior to his marriage to his wife Maureen in 2005. Wright and Frost were there and they began by doing what they thought they should do and found a strip club, but uncomfortable there, they decided to find a pub. They ended the night at a place called The Cock eating German sausage.

That's something for your Freudians to ponder.

The cast actually had to do a lot of training—not for drinking because they weren't downing the real stuff but had a colored liquid that had foam added (and a proper foam master artist). Because this is a small budget film, the cast worried about getting injured. They had trainers and someone to give them massages before they were sent back into battle.

In a movie, the five friends battle aliens, but remember. These guys are getting progressively drunker as they continue their journey toward World's End. 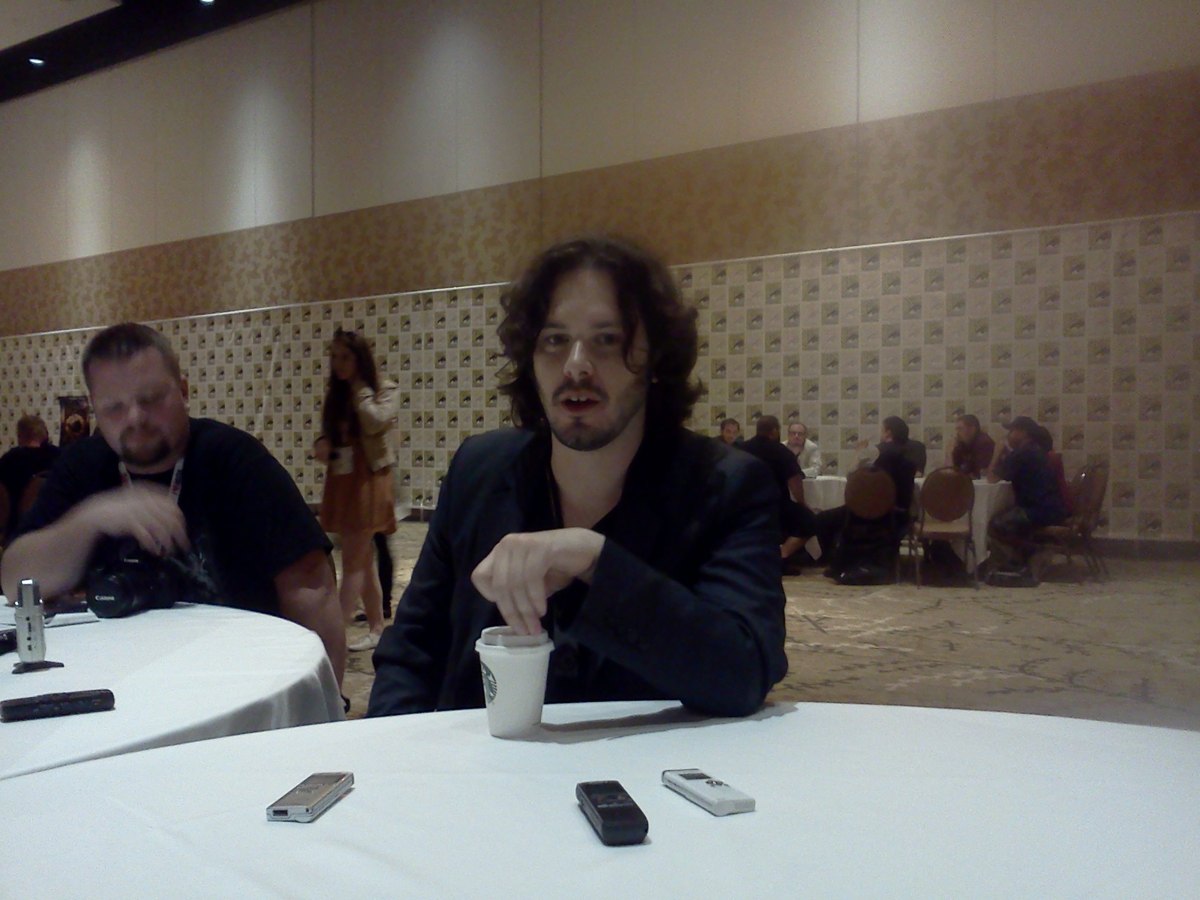 Although this is the last of the Cornetto trilogy and Wright declared this one is definitely the flavor mint, this movie won't necessarily be the last time Wright, Frost and Pegg work together. They are friends and Wright explained the overall message of "The World's End" is to keep looking toward the future. Don't be a Gary King.

Considering the state of the pedestrians on the sidewalks of the Gaslamp District in San Diego on Saturday night, "The World's End" was the perfect movie for San Diego Comic-Con. The movie screenings proved so popular an extra screening was added. "The World's End" opens in the U.S. on August 23.