The rose that grew from concrete 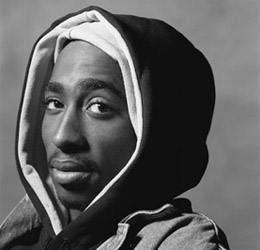 If we are to believe some of his many fans, then Tupac Shakur was never murdered. Rather, he is today living a quiet life, perhaps playing chess under quiet New Zealand clouds with Jim Morrison and Elvis Presley. And while Lauren Lazin bookends her documentary, "Tupac: Resurrection," with his murder, the movie takes us through the turbulent world that formed and informed his biography. The movie convinces us that we have entered not only his mind, but his heart.

Through his narration and screen presence he himself persuades us that as angel or devil, he was certainly genuine. The captivating narration spans three parts. For the first half hour, through voice-over he discusses his influences and childhood. Next, as a rising artist he speaks on camera to various interviewers about his experiences and meditations. Then, in the final sequences, he returns to voice-overs, expecting his death and then sharing his posthumous hopes for global salvation. 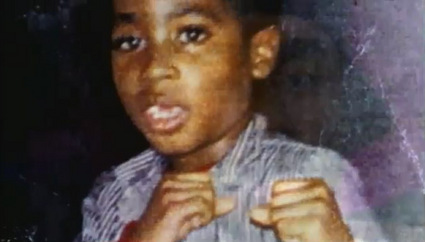 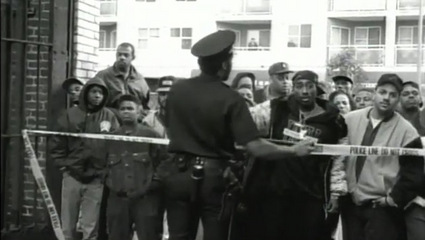 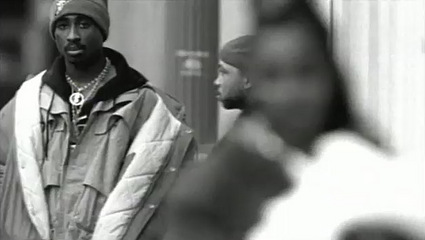 As the camera stares at him it adores his long eyelashes, perfect skull and wide smile. On the other hand, the same camera also reveals his unvarnished responses to his increasingly hysterical environments: exhausted, frightful, and frantic. At times he is so composed, so confident, so comfortable, that his whispered, rhythmic truth is seductive. At other times, he is so weak, so weary, so worried that we are amazed he still manages to speak so honestly and so poetically. 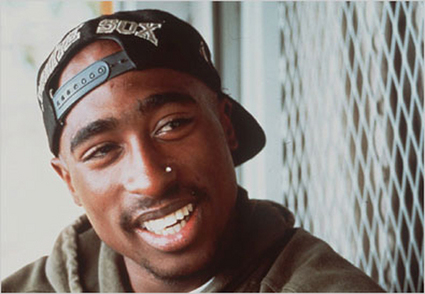 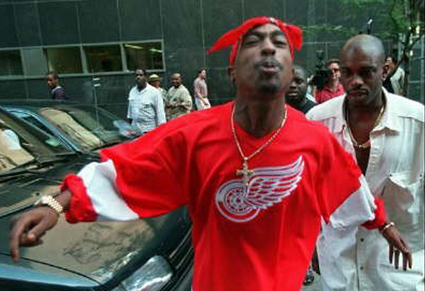 And those two Tupacs seem to both be the real Tupac. At times he articulated philosophies, and at times he ranted foolishly. At times an angel, at times a devil. At times he revered women; at times he used them. More and more did he long for companions, and after betrayals (lawsuits, incarcerations, and shootings) he increasingly distrusted almost everyone. At times a hero, and at times a victim. There was no middle ground. But both sides in the schizophrenia still seem to consistently represent the whole of Tupac. Meaning, when his environment was calm, he was calm. When his environment was shaky, so too was he. 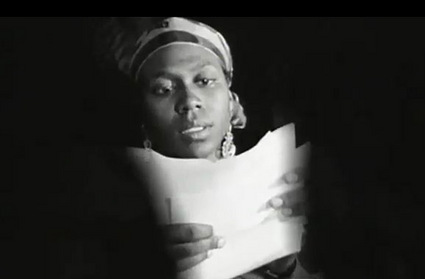 The source of stability, however, was his core mentor, his mother. I wish the movie gave us more of his mother. He himself was so interesting that this movie could barely contain him; though her influence was clear, she was mostly a background character. I suspect, however, that she would also make a great documentary subject. A few years ago, she was indeed the center of an oral history authored by Jasmine Guy, entitled, "Afeni Shakur: Evolution of a Revolutionary."

Early on, he mentions that he needed a father in his life to keep him in line, for even a woman as strong as his mother could not discipline him. And here, the film disagrees with him. While the film all but blames Suge Knight for being the demonic godfather who sends him to his murder, Shakur defends his infamous producer as a successful businessman and protector. Perhaps Shakur saw in Knight that father he needed. Instead, Shakur blames the media (especially MTV, a central forum for his popularity and the makers of this movie) for misreporting his struggles, misrepresenting his music, and sensationalizing the alleged, "Rap Wars" that are blamed for his subsequent murder.

And, what do we make of his death? Yes, with his death he was propelled into the company of those undead icons of past generations, Presley and Morrison. In their deaths, their continued popularities were mixed with conspiracy theories. They remained alive for many years because they were idols that generations revered. More than that, however, Tupac's murder propelled him into the company of the sanctified voices of past generations: John Lennon and Bob Marley. These authors tapped so deeply into the pulse of a nation's disappointments that their songs continue to host our tender wounds.

But the film itself does not dwell on his death. The narrative builds to his murder. And when it happens, it is both a moment of great violence and serene tranquility. 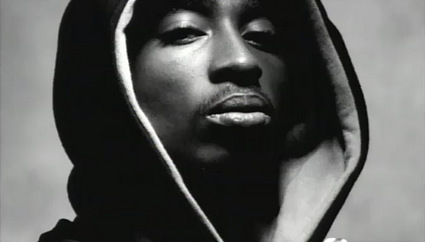 What the film does seem to tell us about the life of Tupac, rather, what Tupac seems to tells us about his life is that he was a tender little boy thrown into a hostile world. He saw himself as a "rose that grew from concrete," that tried to save himself, and failed; in the process, however, his words became gospel for those he continues to save.  Tupac Resurrection Movie Special by BLOODXCORE