The Metaphysics of Digital Mysticism 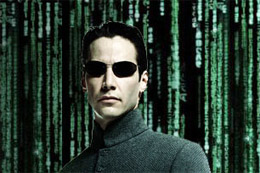 The sunglasses, scowls and black leather make it easy to forget that the Wachowski Brothers' mega-popular "The Matrix" (1999) is a dystopian superhero movie, if that makes any sense. The story is an exciting but familiar origins story. We experience and recognize its Frankenstein mythology telling us that our creations, the machines, have conquered us. We see its Orwell/Kafka environment, sometimes taken straight from Orson Welles' "The Trial." And we appreciate its fantastically choreographed martial arts (at least early on, paying homage to video games and Hong Kong movies). And, the philosopher will appreciate the conscious exercise in semiotics. Perhaps, the greatest fun of this movie is the popcorn entertainment. But, for me, even though the movie invests itself so much in its coolness, the overarching appeal of "The Matrix" is its mysticism.

The machines have evolved into increasingly complex insects, and may someday evolve into humans, who would then construct something that conquers them. The zombies here are not moaning, dismembered nuisances, but are well dressed adults with combed hair. The Messiah is a skeptical biracial computer hacker supported by a rainbow coalition of cyber-warriors. 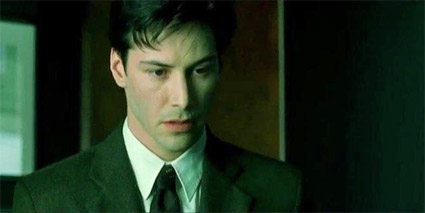 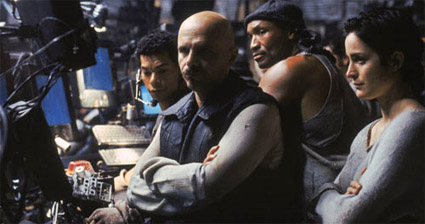 When we reduce God from a conscious, active, interacting reality to an abstract concept, then the end result is an agnosticism encaged in arbitrary dogmatics. Meaning, for many of us: God is there somewhere as a concept in our minds, but He is largely irrelevant, and imprisoned by rules we have established for Him, rules preventing any escape into the rest of our consciousness and being. Further, when we reduce our personal relationships to abstract concepts, then the result is two-fold. First, we experience an apathetic somnambulance. Second, destruction gets interpreted as mere ugliness. Meaning, for many of us, life is a purposeless collage of sights and sounds we are sleepwalking through - rather, daydreaming through - alongside countless acquaintances but with very few friends, while hoping for something but not caring. And, as we devour the earth with our petty appetites, we avoid considering the legacy because it is not a happy thought. Test it. In those scenes where countless people die, how much do you feel it, if at all?

Taking the point further, "The Matrix" replaces the connection between the human hearts with terminal screens. I feel as though I just described 70% of the college students I have met, and 90% of the high-schoolers I have met; I don't expect that these numbers would have been that high in 1999. Even in my case, I spend far more hours in the day looking through the smooth, bright, colorful screens on my electronic devices than I do looking at other textured, breathing humans, face to face. I have multiple classes each week online, looking at the pixelated expressions of my sometimes pixilated students, and they feel almost real.

On the flip-side, many of us yearn for the beyond. Part of the appeal of the Jedi in the "Star Wars" movies is the sense that they have tapped into that unseen and can make use of it. But, that is also part of the appeal of "The Godfather" movies, in that the Dons have tapped into something (perhaps base) about our humanity and can control it, without any need for mysticism. And, part of the appeal of "The Matrix" is the same: there is entry into and control over the unseen world. In "The Matrix," however, the unseen world is not the metaphysical, but the metadigital.

In addition, many of us yearn not for the beyond, but for interaction. Video games provide us with full lifetimes. The DVD sets of season-long television shows provide family members we can invest in. Online videos clips provide us with acquaintances; pornography is the lonely man's or woman's intimate conversation.

And, then there is the ultimate tool for reaching the beyond and for interaction: religion, and within religion we have mysticism. With the digital realm, we can expect, then, a rise of a cyber-Christianity, cyber-Judaism, cyber-Islam, cyber-Hinduism, cyber-Buddhism, etc., as well as cyber-religions that have no embodiment in the analog world. The seeds have already been planted on websites and video games. The question, then, according to "The Matrix," is: will they be constructed as organic processes resulting from human yearnings, or will they be merely opiates serving the greater system?

But "The Matrix" ventures further than religion, into mysticism. We often lump together many diverging traditions into "mysticism" or "spirituality." We pigeonhole these diverging traditions - the Gnostic, Hasid, Kabbalist, Sufi, Vedant, Yogi, and Zen - together as the stuff of Joseph Campbell, as though they are the same rose with different names. But, the goal, for example, of the Sufi is in some ways the complete opposite of the goal of Zen. Though this practice of merging traditions is akin to grouping all novels together into one category, one point that is common among all of them is that they branch from paths that already assert that there is more to reality than this material realm. Regardless of whether or not there is any truth to any of the claims of any of these paths, these particular mystical traditions emanate for those who seek more than the ritualistic practices of the masses. If the masses seek a connection with the unseen, the aspirants of these mystical schools seek entrance into it. Now, in our digital era, "The Matrix" expands the aspirations into a virtual mysticism. Again, this is an expected result. "It's the questions that drive us," says Trinity. In the language of mysticism, it is yearning. As Rumi says, "Do not seek water; seek thirst." The mystics have larger questions: there is something more, what is it? Some mystics, because of their enormous curiosities, seek a rush to feel real. That is the story of Mr. Anderson (Neo). 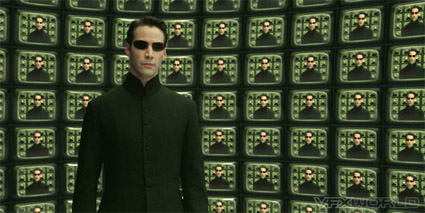 Interestingly, according to "The Matrix," most of the primary rules of the digital mystical process continue from the analog realm. Meaning, everyone has a worldview. We form understandings about what is and is not possible, and these understandings are mostly dogma resulting from our perceptions of patterns. Just as the world around us is fully logical and comprehensible, so too is the digital world. But, we often restrict the possibilities of the world without justification. Thus, we need to remove those unnecessary restrictive dogmas. In Yoda's language, "You must unlearn what you have learned." In other words, knowledge is a prison as much as it is liberation.

The challenge of the prison of rules is, according to "The Matrix," three fold. First, the structural problem: physics. Even though quantum physics allows the possibilities of numerous religious claims in a way that Newtonian physics could not, it is not physics that prevents us from breaking its rules, but our belief that rules are there in the first place. 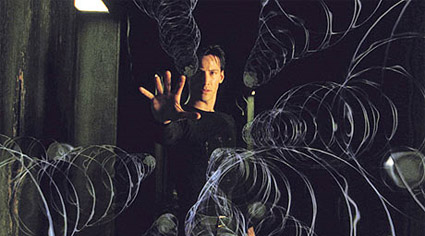 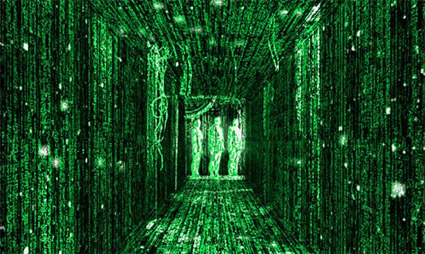 Third, the devils oppose any growth. In some of the mystical schools, most of the devils are internal. In "The Matrix," moving beyond the devil of skepticism, they are sentinels and agents seeking to protect the system, at times employing failed aspirants. And, it is here we find such hacker groups as Anonymous. They take on the role of fighting off the digital devils, often by way of attacking the real and perceived analog devils of corruption in the system. 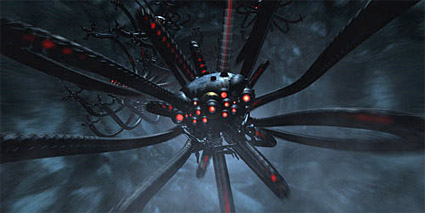 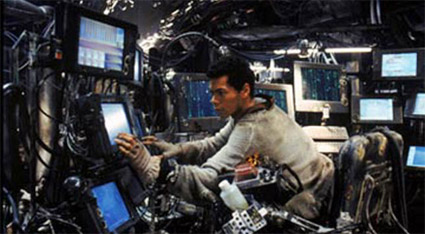 But, most central to the spirituality of "The Matrix" is that all mysticism is at the service of (a) promoting the Messianic One, and (b) liberating the masses. Some schools of mysticism place emphasis on a past savior that shall return. Others focus on a future savior that shall appear. Others speak of a savior, whose appearance bears little relevance to the here and now. And, some discount any notions of such a figure. But, some of the mystical schools require spiritual development to work by way of abandoning the masses (and their perceived corruptions). Other schools require immersion among the masses in the process of liberating them from the prisons of the world. Meaning, some mystics live in caves, while others make spirituality and social justice inseparable.

Now, the next two "Matrix" films take different directions in this digital spirituality. That will be the subject of future essays. The goal here is to exclusively explore the first film.

So, was this analysis anything but academic self arousal? Perhaps. But, considering the leaps in cyber-consciousness we have taken since the rise of social media and electronic mobility, we can expect that we will further develop alternate identities and lives in the digital realm. And, consequently, we will develop cyber-religion, cyber-spirituality, and cyber-mysticism. I remember a few decades ago, when urban legends spread about people who lost their sense of reality through role-playing games. Here, we are speaking of something that in some ways is far more substantial, yet in other ways, just as flimsy. The web encompasses so much of our imagination, yet we are repeatedly told that the internet is nearing its limits in traffic. We might not be wearing sunglasses in the digital world, but I think our eyes will hurt. But, all in all, the goal of dystopian films is to prophecy a bleak future, whether we like it or not. This one, however, happens to have a lot of hope to aspire to, because it is also a superhero movie, if that makes any sense.