The Kill Hole: An adventure about remorse 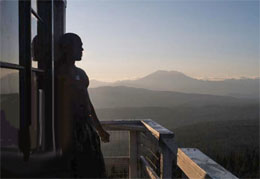 I had the privilege of watching Mischa Webley's curiously entertaining first film, "The Kill Hole" (2012), at the Black Harvest Film Festival in Chicago. This carefully crafted movie has begun winning awards at festivals across the country, and rightly so. Its director and producer Zach Hagen is congenial and it is a very good movie. It keeps leading you in one direction, in order to sneak up on you in the other.

This is the story of Samuel Drake (Chadwick Boseman, who looks remarkably like Chiwetel Ejiofor), a cab driver and Iraq veteran confronting unknown demons in a dark corner of Portland, Oregon. Somewhere in Iraq, he was involved in a questionable murder. Somewhere in Portland, he cannot escape it. He attends group therapy meetings with a mentor, without much progress. Soon, war merchants coerce him into a mission to hunt down a fellow soldier, a reclusive Sergeant Devon Carter (Tory Kittles, who looks remarkably like a young Denzel Washington) spouting clever philosophies to himself somewhere in the mountains. Drake already has one problematic killing tormenting him; we watch as he attempts a second. At least that is how the movie starts, giving us the sense that our most defining choices are often the results of coercion rather than free will. 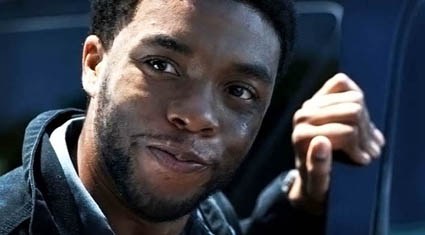 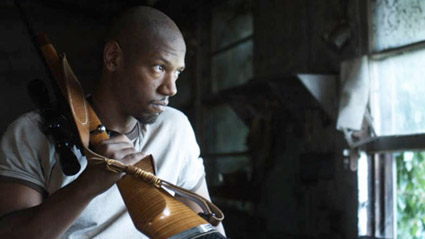 Part of the joy of watching first films is that their makers know that they must compensate for small resources with big thrills. Usually, a first film will include a familiar actor -- here it is Billy Zane, playing Drake's mentor -- as well as a few other familiar faces. While Zane has a small role, his group therapy sessions have the honesty of improvisation, recalling similar, compelling conversations among women speaking about race and relationships in "Jungle Fever" and divorcees speaking about men in "Jerry Maguire." Here, we watch soldiers tell their stories, and it is something to follow. But, the point is that first films will take the chances with such scenes, in ways that we rarely see in bigger pictures. 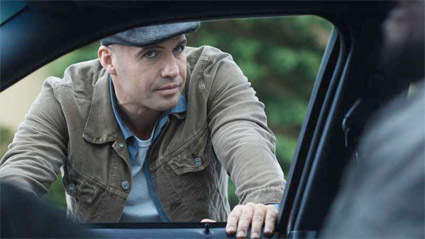 Another joy about many low-budget first films is that they do not follow the normal rules of storytelling. Recall the clever narratives in Spike Lee's "She's Gotta Have It," or Tarantino's "Reservoir Dogs." More importantly for the viewers, we ourselves do not know if the film will conform to any conventions, so we are pleasantly surprised with every unique twist. The added benefit of "The Kill Hole" is that Webley clearly knows this. As the plot unfolds, he uses every technique -- from misleading dialogue, to music cues from Jason Wells' score, to the carefully chosen camera angles of Eric Billman's cinematography -- to direct our attention toward expected plot turns, only to pull the rug from us and take the film in different directions. James Wetby's editing is that clever. 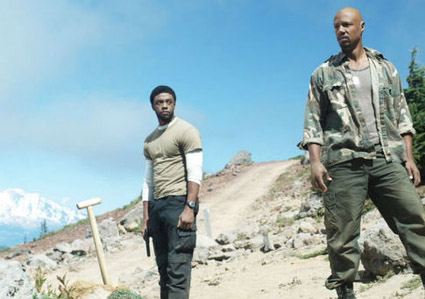 Of course, with so many twists, it can seem that Webley did not have enough story to fill a movie, so he filled the movie with a few stories. There is the story of multiple soldiers traumatized (or not) by war, the story of a secret company with devious, secret plans (or not), the story of the mysterious Iraqi prisoner, and more. But, it is clear from his craft that he knows exactly what he is presenting. At any moment in this film, especially in its second half, you will not know what will happen in the next ten minutes, even though this film will keep convincing you that you have the whole story figured out, right down to the final click of the final gun. 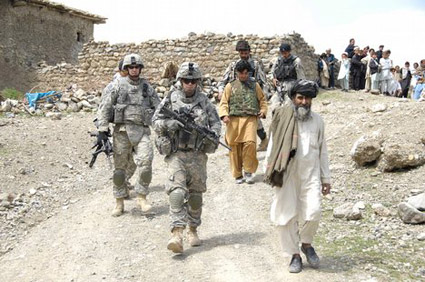 The main, though small, shortcoming of the film is that in the scripted scenes, the language sometimes seems very scripted. Sometimes emotions seem melodramatic more than dramatic. A common shortcoming of films by young people is that need to dazzle with brainy turns of phrase. This was an issue in "Good Will Hunting" also.

And, aside from the national conversation on guns, this film has me wondering what we do to our soldiers. In the 1970s and 80s, we saw various versions of these problems in such films as "Born on the Fourth July," "First Blood," "The Deer Hunter" and "Taxi Driver." As of yet, we have seen only a few such current films really penetrate into the struggles, in the way that Jim Sheridan's "Brothers" has. "The Kill Hole" on the other hand, uniquely takes the struggle into some sort of adventure movie about remorse.

Then what is the "Kill Hole?" Going into the film, we do not know. I asked a Marine, who was not familiar with the term. We wonder if our characters themselves know. I don't know if I can tell you what it is because I don't know if I know.