The Comedy that is Not 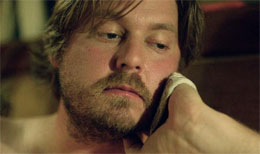 It begins with a slow motion party of a bunch of middle aged men in assorted levels of grimy undress, dancing and spitting a few feet short of a drunken stupor. That unhappy first scene makes it clear that Rick Alverson's 2012 film "The Comedy" is not one. It seeks to be the inverse of everything. In nearly every scene, our characters try to offend everyone, including ourselves, with their comments on life, packaged in the most abrasive rock salt. Not for any other reason, but pure boredom with life.

Comedy here is not humor, but absurdity, at least at first. At what point do you abandon the puffy lettered, colorful ideals that your elementary school bulletin boards fed you with? At what point do you embrace the stupid absurdity of an aimless, joyless life? You can ride your boat. You can enjoy beverages on the street corner café. You can ride your bike. And, so what? The clock continues to move slower than you wish it would.

At first, this film looks like the aimless story of a bunch of aimless upper middle class men passing through an endless summer of binge drinking, perhaps paid by their parents' past successes. A step deeper, however, it reveals itself as the story of an ambitionless, unskilled, socially inept man Swanson (Tim Heidecker) figuring out how to prepare for his father's mortality. The days are long not because of the sun, not because of the intoxicated boredom, but because he has to face his manhood and has not a clue how to do so. So, he responds by spitting in the face of the world. Did you ever notice that when someone gives you the finger, it often seems like they do not know what else to do? 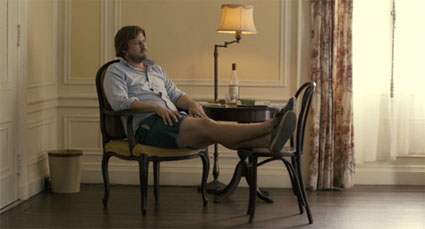 Not a comedy, but it tries to play off the rules of comedy without the goal of being funny. Our characters have a conversation about Hitler's apparently unappreciated talents. What does comedy sometimes do, but twist the norm and sprinkle it with irony. There is no irony here: just twisting.

Not a comedy, but it might be a tragedy of sorts. Not because of its ending, but because of its dreary tone. Heidecker's existence is the tragedy. He holds nothing as sacred. He maintains no boundaries. He does not even seem to bathe. He lives instead off of his whims. 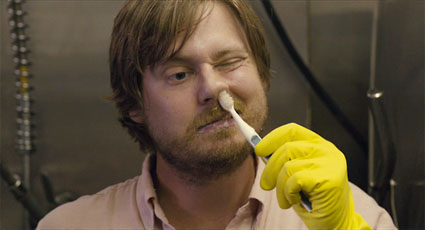 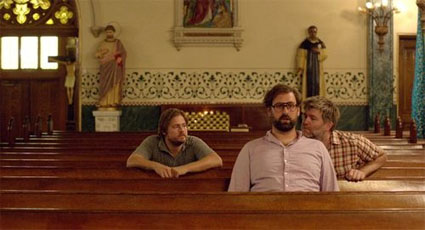 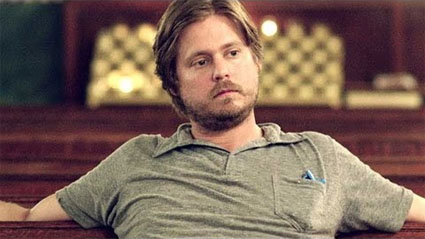 More than that, this story is sort of the opposite of everything that we could compare it with. Usually, the man without boundaries is a crazed criminal. Here, he is just a man whose parents probably raised him by throwing money at all of his problems. Think of the other stories of young men of privilege. Charles Foster Kane in his core seeks a return to the Rosebud of his childhood, occupying himself by engaging in numerous projects with assorted levels of failure and success. Or, the Last Emperor Puyi, who struggles to learn leadership while struggling to learn manhood, and soon watches it get taken away. Or, even Will Freeman ("About a Boy," 2002) who is raised in privilege, passes the time, and finally looks for a substantial love to give him substantial meaning. This film is the opposite of all of these stories, for in all these stories, our characters aspire to something. Swanson, however, seeks nothing, except maybe a minor cheap thrill in the moment. Once in a while, he experiences a feeling. Beyond that, his is an existentialist crisis without the crisis. 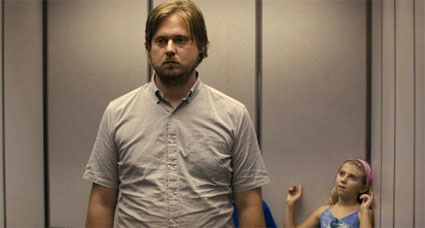 The strength of this film is that we have no idea where it will go. The problem is that we might not care where this film will go. Swanson does such a great job at being unlikeable that we really, really do not like him. Occasionally, we are so repulsed by him that we cannot stop watching, in the way that if we see road kill on the street, we keep glancing at it. There is a frightening scene where he tries to convince his cab driver to let him drive, and the entire time I am telling the driver, "Don't do it. Kick him out of the cab" and the movie takes us where we do not want to go. Soon, Swanson finds himself casually watching a women suffer an epileptic seizure.

The weakness of the film, however, is that it might not earn our attention through to the end. Even though the seizure scene seems rather heavy handed, the acting has that improvised feel, giving it a sense of authenticity. But, the central character's despicable qualities will alienate many who will not wait to see if he finds purpose or happiness.

And, does he find purpose or happiness? He seems to smile and cheer, but I do not know if it is just another whim. Nevertheless, the movie did get me to think, and that is a success, and almost a redemption of its own.