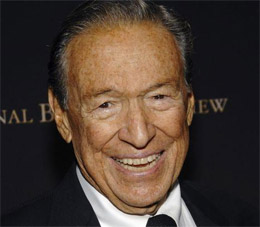 News that the incomparable journalist Mike Wallace has died brought back a story. In a life filled with remarkable and dramatic events, it is perhaps among the most memorable but little told. It happened in Iran in 1981.

In early 1979, the Iranian Revolution burst upon the world, forcing out the widely-hated, long-serving despot, Shah Reza Pahlavi, and bringing the exiled Islamic fundamentalist Ayatollah Ruhollah Khomeini to power. Anger at America, whose policies had supported the Shah and interfered in Iran's politics for decades, was widespread, as thousands of Iranians demonstrated daily in the streets, and Khomeini denounced "the Great Satan." That November, revolutionary students stormed the American Embassy in search of C.I.A. files, taking the 52 staffers present hostage. It was a siege that would last a seemingly infinite 444 days, becoming an American sensation on the nightly news (ABC's "Nightline" was created to cover "the Iran hostage crisis"), and profoundly influencing the outcome of the 1980 Presidential election. 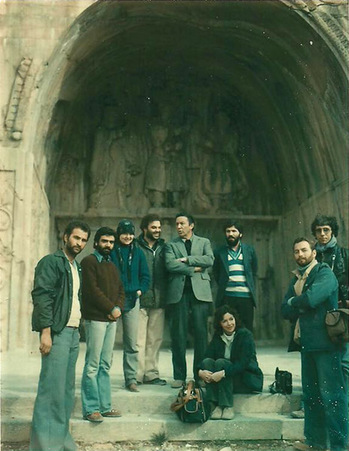 My sister Margaret White Ghodsi, aged 24, was there. She'd been working on an M.F.A. in film at the Art Institute of San Francisco when she met and soon eloped with an Iranian film student who'd come to the school from Paris; a year later they left for Iran to observe and document the revolution. Our family was very concerned --- perhaps terrified --- but she was of age and there was no stopping her. Thankfully, our fears were unfounded. The Iranian people welcomed her without reservation, providing an excellent example of people capable of separating their hatred of a country's policies from its individual citizens. She quickly fell in love with the people and this very old Persian culture. Her sole complaint was that they'd often want to practice their English with her when she was trying to learn Farsi!

Based in Tehran, Margaret and her husband, Kayhan Ghodsi, worked as independent filmmakers for an executive at Iranian Television. When Saddam Hussein invaded Iran in September 1980, instigating the longest conventional war of the 20th century, it became a huge international story. In its 8 years, an estimated 500,000 Iranians and Iraqis were slain, many of them young boys forced into service. As Margaret told me by phone, individual shrines to the dead were popping up outside homes throughout Tehran, the heartbreak visible to all who passed.

Next day they all went back to reporting on the war.

After 3 years in Iran, my sister and her husband returned to the Bay Area to raise a family. Mike Wallace continued building his decades-long, extraordinary career, filled with countless unforgettable moments. Surely this was one.

"Journalists from all over the world were there to cover the war. Our 3-person crew traveled to the front with two busloads of foreign journalists via a government-organized expedition. We were making a documentary about foreign journalists in Iran, doing our own "60 Minutes"-style documentary for Iranian TV. Said, our producer, wanted to approach the subject with 'How objective are filmmakers really? Don't we always approach every story from our own colored lens?' So he asked me to interview Mike Wallace, who was traveling with a "60 Minutes" crew.

I conducted my first-ever interview with the most famous American interviewer, challenging him, no less, to admit that he was biased, too. That it was impossible for a person not to be! He didn't buy a word of my argument! He was polite and very much the gentleman, but insistent that he could be impartial and fair. "Tough but fair," he said.

He went on to implore me to quit smoking and think of my unborn children, while admitting he had put two kids through college doing cigarette ads!

One night we (a couple hundred foreign journalists) had all returned to the hotel. This hotel was being used by the Iranian military to house us. It was in a deserted town very near the war front. We were all having dinner, milling around exchanging stories on what we had filmed that day.

An Iranian soldier very quietly came up to Mike Wallace and held a gun to his temple. I think a lot of people in the room didn't even know that it was happening. An officer talked him down. I don't know how long he held it there. Maybe just a couple of seconds, but I'm sure for Mike it was an eternity.

After it was over, word quickly spread through the room. I saw Mike leaving his table so I walked him over to the stairs. All the windows in the hotel had been blacked out, and there was very little light. He was all alone and I just wanted to know if he wanted help getting to his room. I don't remember him appearing afraid. Just alone, solemn and a little frail-looking. I felt like maybe I could offer him comfort or help in some way. He declined, thanked me, and walked up the stairs to his room."