Chronicling actual events, Mehreen Jabbar’s “Ramchand Pakistani” (2008) is a quiet movie about waiting. Will the family get reunited? When we wait, we hold our breath. When we hold our breath, we wonder when we can breathe again. In Hollywood movies, we expect an ending that allows us to exhale. In indie movies and foreign films, the drama heightens because we do not know any more than the characters themselves. This film is from Pakistan, by a first time filmmaker, about Indians. Meaning, unless you watch those legendary Pakistani serials, you have no idea how things will end.

Ramchand (played at different ages by Syed Fazal Hussain and Navaid Jabbar) is a wide-eyed 8-year-old boy living in a small village on the Pakistan side of the border with India. There are hints of electricity, but not much more. Pens and notebooks are few. The land is mostly beige, the clothing is colorful, the people live as pastoral nomads working for feudal lords and speak with polite manners.

He likes to explore the terrain of hills and trees. Urban 8-year-olds have a backyard or park or street corner at best; at worst, they have an iPad, a dozen apps and Adderall. Ramchand, however, has a wide open world almost without borders. Almost. 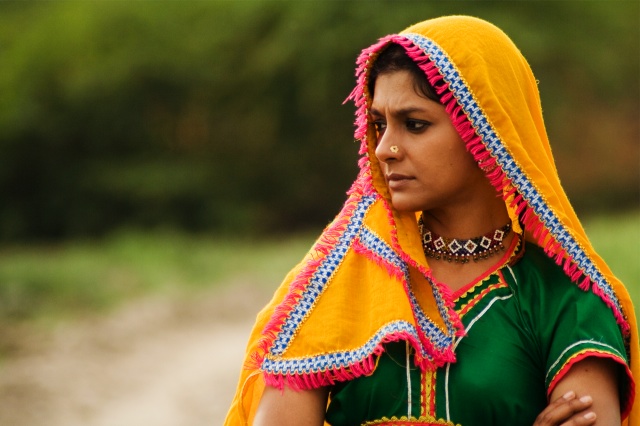 One day he wanders into Indian state territory and is imprisoned by border patrol soldiers, suspected as an agent. The officers charging him do not flinch at his age, as though their anger in defending the state against him is something mechanical. His father (Rashid Farooqui), looking for him, also gets arrested.

His emotional mother (Nandita Das) waits. She looks for them, but cannot find them. She keeps preparing meals as though they are almost home. She becomes Penelope from Homer’s “Odyssey,” holding on to hope, while all others give in to despair, moving on with life. As the days become months, weeks and years, she struggles to give up on her child and husband. This opens a subtle romance, through symbols (in this case cooking), which morally modest Pakistani dramas are fantastic in capturing.

That border fascinates me, both in its form and meaning. In sharp contrast to every other national border I’ve ever crossed, there is no fence here; we see a few white markers. The terrain does not change as it does between many nations because of construction and development. Indians and Pakistanis are genetically the same. We might see Pakistan as the Muslim state while India is the Hindu state, but our main characters are Hindu Pakistanis, taken in by Hindu Indian forces. The difference here is a political difference far greater than the people incarcerated.

In that way, the film is a criticism of the nation-state, disrupting the lives of so many men (and this little boy) found at the wrong place at the wrong time. He is in prison not for a crime, but for suspicions of espionage, as dictated by the officers’ training. We find the same stories in the news, with our TSA, when an agent detains a baby suspected as a terrorist or humiliates a woman into sharing her breast milk to make sure it is not a chemical weapon. These are the problems of such protocols of investigation: for all its attempts at maintaining order and defending terrain, the exercise of the nation-state is one of forced order, and eventual dehumanization. A member of a nation is not a human, but a citizen. A foreigner, however, is something less.  It’s a trade we all make: we give up on the primordial freedom of a world without borders, in favor of career opportunity, social stability and imperfect systems of justice. 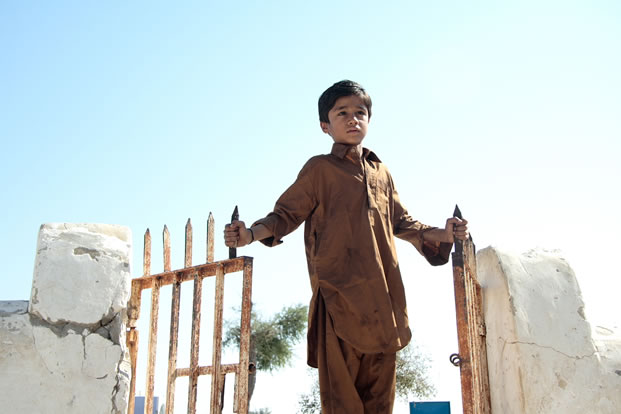 The film contrasts that stale, drab—boring—bureaucratic environment with the lush Hindu culture.  The prison world has little color, save for the mix-matched attire and olive green of the soldiers. The villagers, however, worship, sing, perform and cook. They live. While the officers work, the prisoners whither, but the people persist.

And of those officers: the sole female (Maria Wasti) takes custody of Ramchand, tutoring and mentoring him, while she memorizes Bollywood films. She becomes his de facto mother. Again, the state replaces true humanity with artificial relationships. Again, the contrast: true Hindu culture is so full of life, meaning and zest, while celluloid Hindu culture is as plastic, time-passing and meaningless Hollywood Christianity. To be fair, the culture does have its own rules. Religion in general also has its history of dehumanization either through doctrine or tribalism; Hinduism is no exception, and the film briefly explores it.

Considering that this film is Pakistani, I wonder where Jabbar stands regarding her own nation, for there is not much Pakistan in this film, save for the land, and there is not much Islam, save for a funeral in the prison.  Pakistan now has a Nobel Peace Prize Winner in Malala Yousafzai who gained popularity for persisting through life despite being shot by the Taliban. She had the bravery to speak against a previous Peace Prize Winner—President Obama—about our Drone program. While she might give inspiration to a country, others within the land attempt to remove Islam from the Pakistani vision, seeking a secular state. Others still have written off the nation as a failed state. At the very least, the filmmaker clearly loves the people and the land.

Speaking of those Pakistani drama serials. Every year some long form drama (akin to the Mexican novellas) unites the diaspora, either through satellite television or YouTube episodes. Jabbar shot this film on video, recalling those serials. At the same time, however, the video adds something real-worldly to the film, and makes the green of Pakistani greenery so much more vivid.

And about that ending. I will not share if Ramchand makes it home. I will say, however, the film starts quietly, and ends quietly, which seems to reflect the life stories of both villagers and prisoners.