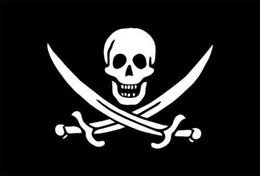 Matt Singer wrote a thoughtful piece against piracy a few days ago on Criticwire. I read it with great interest. And I believe that he is correct, provided that Piracy fits a certain context. Let me try and provide some background.

When I started writing movie reviews, I was living in the Philippines, a third-world country. Movie-going is deeply tied into our entertainment habits. The masses, most of whom are not able to afford most forms of entertainment, at least have theaters we can go to to escape the hardships of reality.

Before the word piracy became such a contentious issue of copyright, it was hardly an afterthought when I was growing up. In 1980s Manila, Video Stores were more ubiquitous than McDonalds is today. I grew up on my mother's bootlegs, as did everyone. But it didn't stop people from going to theaters. Today, bootlegs have only changed in distribution. Poverty rates today may be worse than they were 30 years ago, but the movie-going culture is still thriving.

With the advent of the internet in the 1990s, our awareness grew exponentially. During that time I discovered Roger Ebert, Gene Siskel, Barry Norman, and Leonard Maltin. They told us, through sound bytes and blurbs, of all the wonderful movies that were out there. Most of my film critic brethren grew up in this era. When bandwidth grew in the naughts (2000s), we were finally able to have our say in a time when the global movie consciousness seemed to become one.

To give an idea of how difficult it is for a Filipino film critic to make a living back home, consider that a typical 700 word piece will get you about 700 Pesos. That's $16 USD today, considered generous by our standards. The cheapest DVDs you can get by legit means would be around $9 USD.

See it in a movie theater perhaps, where prices go between $4 to 7 USD? Our mainstream distributors are only interested in heavily marketed Hollywood films, or in rare cases, films that have achieved worldwide acclaim. If it falls outside these categories, any Filipino with meager means will never ever see it.

Though I have been lucky to have made my living as an IT Consultant, I would have never been able to see much of film "canon" without "inhaling." Some of the very best Filipino film critics are hardly those that write for the mainstream media (you can count them on one hand), where most rely on bribes from distributors to write favorable reviews, just so that they can continue seeing renowned flicks without feeling the pain in their wallets. I guarantee that without being "resourceful," they would have never gotten to where they are now: doing what they do because they truly love the movies, and are willing to sacrifice so that others will be able to see what they have seen.

But what about other countries? Not all places are poor. But some areas do face their own special constraints. Malaysia, where I lived for 6 years, is fairly rich by South East Asian standards, but their film distribution is one of the worst in the world, where "safe" (brainless) movies are what are approved for by the government. This is where movies like "Brokeback Mountain" (gay cowboys), "The Kids Are All Right" (Lesbian Parents), and "Babe" (Pork) get banned from theaters because of conservative/religious reasons. Hellboy had to be renamed to Super Sapiens as not to offend. This isn't uncommon in ASEAN countries. Schindler's List nearly got banned in the Philippines because of a woman's fully exposed breasts.

How about in places like Saudi Arabia, where no movies are screened at all (Oh, the nightmare of integrating theaters for men and women)? In my seven months there, I only saw one movie legally. It was Avatar, and I had to go neighboring Bahrain to see it, just like every Saudi who could. There is no such thing as a "legal" video store the kingdom. Egypt is the center of Middle Eastern entertainment, but most people can't afford to access or purchase legal films they may have heard of elsewhere. Even in Dubai with it's wealthy populace, film distribution is dismal.

Anyone who has lived outside the United States runs into these "non" -YouTube Videos frequently: 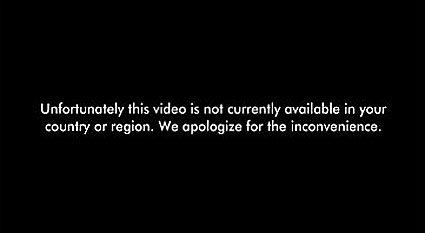 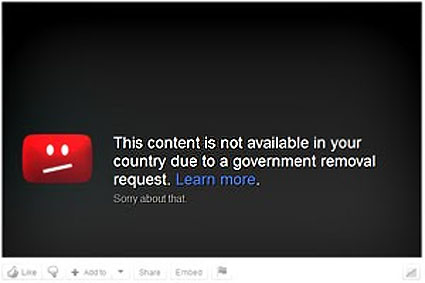 I was once assigned to Guangzhou, China for a month. And though movie theaters are common, the only foreign films in cinemas are again those sold by Hollywood. Like Saudi Arabia, there's no such thing as a "legal" video store, and you would not believe the variety that existed in DVD shacks. Some sellers had a greater awareness of foreign films than I did.

Honestly, I'm not trying to justify "stealing." I'm just trying to provide the bigger picture. It's easy to reduce the arguments to theft. But for us film critics who care about movies, especially those living in foreign lands with dynamic constraints, there are other questions to consider. Should those who aren't able to see "artsy" "foreign" films be limited to the big blockbusters, dumb comedies, lazy romances, and torture porn churned out by Hollywood? The Oscars do help get wonderful films out, but should the same audiences be limited to The Artist and not The Tree of Life? Do we merely write about what we can afford?

When I was in all of these regions, I shared Singin' In The Rain with my family members and friends living there. And every time Gene Kelly started twirling in the rain, I would check their eyes. Without fail, they would be moved to tears of joy. It was likely that they would have never seen it in their lifetimes. To think I might have never been able to show Persepolis to my Saudi cousin, a young woman just out of college, whose eyes were glued to the screen the entire time.

In these contexts, is "theft" wrong?