Did you ever wonder if Batman had use for something more practical than the sports car based Batmobile? George Barris designed the original Batmobile from a 1955 Lincoln and now his grandson, Jared Barris, has designed a Batmobile of a different silhouette: A Batmobile truck.

This so-called "Crime Fighter" F-150 was created with Galpin Auto Sports in California and will be parked in front of the circular drive of the Marriott Marquis & Marina today, Thursday, July 18 from 9 to 11am for fan and media photo opportunities. The truck is for sale and uses a Ford F-150 as the base vehicle. The design was started by George Barris. George Barris also designed the Munster Koach, the car for the Beverly Hillbillies and KITT for Nightrider. 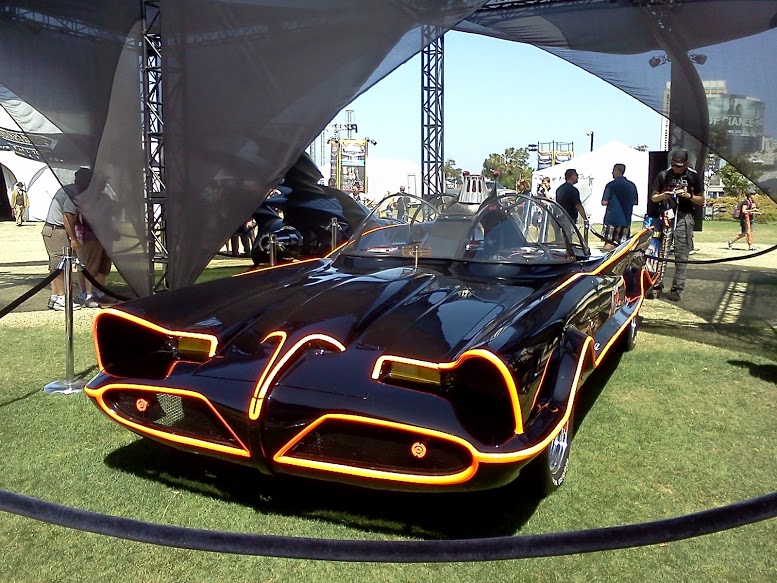 The original Batmobile for the Adam West TV series is my favorite and earlier this year one of the cars used in the series sold at auction for $4.62 million. Last year six Batmobiles were on public display at Comic-Con.

For legal reasons, the Crime Fighter can't officially be called a Battruck or Bat Crusher or any other names you can think of, and it doesn't have a batbeam, automatic fire extinguisher or flame thrower, but it does look cool if you love Ford trucks.

The Marriott is located at 333 W. Harbor Drive in San Diego.


Next Article: Going to the Dogs: Comic-Con 2013 Previous Article: Get Shorty