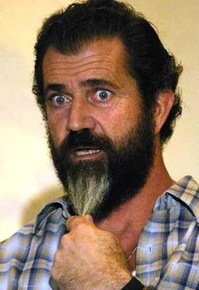 Those dudes over there in Ho'wood have no idea what makes a movie that the people will fall in love with, only how to front-load some lackluster ideas with massive budgets, multimillion-dollar print and advertising blitzes, and lame distractions like 3-D in lieu of good stories or capable storytelling.

Just as all it would take to get truly progressive social policies on the table are public officials who aren't spineless or sociopathic, all the movies need is a creative executive who makes the sane calls, pushes for real ideas instead of bait-and-switch schemes gleaned from the advertising industry.

Pre-1966 Ho'wood (aka Hollywood) was full of such moguls. For all the racism, sexism, jingoism, and general dizziness that marks Hollywood history, it must be said that the businessmen who ran the show early on were at least in touch with audiences and filmmakers, not just baiting them with barrels of cash and empty promises of "awesomeness." (We live in the Awesome Age, where every scrap of popular entertainment is calculated to knock you down on your ass at every instance. The general effect, though, is similar to watching a hyper kid's melodramatic "death" during a round of cops-and-robbers. "There is nothing so boring in life, let alone in cinema, as the boredom of being excited all the time"--Anthony Lane.)

I, S.C. Boone, am of the old mogul tradition. And, for whichever studio chooses to hire me, I will happily work for the going rate of a McDonald's franchise manager. I will labor as hard as any executive being paid seven figures, but with far more passion and personal conviction.

Since I'm making this pitch on a blog, one might not take it too seriously. But I am perfectly serious. Give me all your top-tier scripts, talent pool and development strategies for review, and I will tell you how to make classics that the people will welcome into their lives like family, for years to come. Your other boys can tell you how to turn a dollar, but I will tell you how to be great again, my lord.

A few conditions: I must be allowed to work far away from Los Angeles and New York. Send any materials for review by email, snail mail or FedEx.

This is the job I was born to do. And just as Walter Murch once invented a now-indispensable occupation, the sound designer, I envision an Imagination Triage Department installed in every major studio of the future.

DO NOT hire a new, young actor to continue the role of Max, in false continuity with the original trilogy. If creator-director George Miller has aged 25 years since the last "Max" right along with his fans, then why can't Max himself age, magnificently, crazily? Max has been wandering the wasteland all these years, and now, white-bearded, leathered, bejeweled, scarred and tatted down, he emerges like a granddaddy Hell's Angel. He now drives a modified Stryker combat vehicle, a barely-tamed hyena riding shotgun. A sexy, slightly androgynous (but not enough to scare off the fanboys) Feral Girl (Omahyra Mota) mans the machine gun turret. 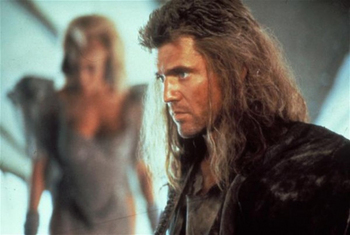 Stick with the original plan of shooting the film in Africa, and give us some kind of African/ghosts-of-colonialism/Third World uprising plot. No, Max doesn't Save the Children this time. Let him get swept up in and overwhelmed by some kind of neo-tribal conflict. Let these Africans have a real, functioning, teeming civilization built upon the post-apocalyptic ashes of the one that once persistently sabotaged their progress. Let Max by turns be foe, wise, crazed counsel, and, finally, awed observer of the intrigues that unfold in this world unlike anything he knew in the Australian wasteland. All-new outrageous eye candy.

Now, anyone who thinks Mel Gibson's psychotic telephone rants earlier this year would harm the film's chances and Warner Bros.'s reputation is being knee-jerk naive. Let Gibson do a few weeks' penance with a press conference and some kind of rehabilitative reality series. Then get on with an action epic that ponders the clash of not only civilization versus barbarism but also of generations, in the brute-poetic manner of Rob Zombie's "The Devil's Rejects," only far more balletic, as Miller's action stylings have always been grace personified. The world needs this. No one needs yet another youth-pandering franchise reboot that destroys all sense of continuity while exalting only rapid, juvenile, solipsistic consumption. 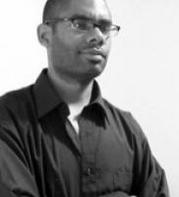 Steven Boone is a film critic, filmmaker and video artist based in New York City. He champions big ideas and small budgets at Big Media Vandalism. He writes about essential films at Keyframe.