"Map of the Human Heart:" A video essay by Michael Mirasol on Vincent Ward's 1993 masterpiece

My friend and colleague Michael Mirasol, from the Philippines, now in Australia, is the very image of a Far-Flung Correspondent. We bonded at Ebertfest. Look at his magnificent video essay about Vincent Ward's film, which we honored at Ebertfest.

Map of the Human Heart (A video essay from Roger Ebert's Far Flung Correspondents) from Michael Mirasol on Vimeo.

Here's the home page of the Far-Flung Correspondents, displaying the leads of their recent work. Starting from my observation of how many comments on my blog came from readers who were (1) foreign, (2) wrote superbly and (3) had a deep knowledge of the movies, the FFCs have become a unique collaboration of online friends. And that goes without mentioning their secret Karaoke Night at Ebertfest.

Michael Mirasol is one of the leading artists in the online genre of the video essay. I feel honored that he created this one for the FFCs. He was one of the first FFCs, now living in Perth, Australia, after I've known him through stays in the Middle East and Malaysia.

He wrote me this week:

Hi Rog. I'm putting the finishing touches on my Video Essay of Vincent Ward's MAP OF THE HUMAN HEART, which you should receive by noontime tomorrow your time. I see you follow Vincent Ward on Twitter, I hope he won't mind the spoilers that are in the vid. Watching it so many times this month, I keep on coming back to the ending, where Avik meets his daughter in the bar. What follows after that scene, may all be in Avik's mind. Once they venture out together and she begs him to come to her wedding, her tone is markedly different from when she asked him in the bar, "Do you want some money? You could buy drinks." It's a devastating moment completely turned around by a subsequently hopeful scene (one that plays out too good to be true but we want to believe it). I've always "known" that Avik getting stranded on that melting piece of ice was the reality, but I didn't realize how much his wishful thinking might have extended back to his daughter begging him to come. It makes his lonesome fate all the more tragic. At least we have a young Albertine singing in the background, giving us solace that "they meet in heaven." I really tried to get this video essay up by Valentine's Day, but am so swamped with a new "ruthless one" on the way. Hope this will make the cut. 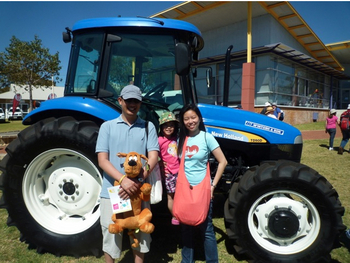 ˆMichael Mirasol is a Filipino I.T. Consultant whose work for the past 13 years has allowed him to live in Malaysia, the UK, Saudi Arabia, the US, and Australia. In that same time, he served as an independent film critic contributing commentary and analysis for The Manila Times, UNO Magazine, The Spectator Arts Blog, IndieWire's PressPlay Blog, Fandor and The Australian Centre of the Moving Image. He has also written short pieces for a series of World Film Locations books for Scott Jordan Harris and now contributes video essays for Roger Ebert's Far Flung Correspondents.