I'm with the Gleaners 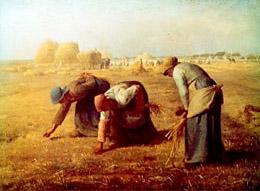 The Internet is a nit-picky place, so I'm going to put it out there right away: I'm no linguist. But I've been bilingual since birth, and I also learned Italian, German and Spanish along the way. That's why it's always fascinated me how languages can be so functionally distinct.

I noticed that in Latin languages, nouns tend to describe what a thing is, while Germanic languages likely tell you what it does. A great example is the French word for skunk, "mouffette," which recalls the creature's billowing tail with "mouffe" and denotes its small size with "ette." Compare it to the German equivalent, "Stinktier," which literally means stinky animal. 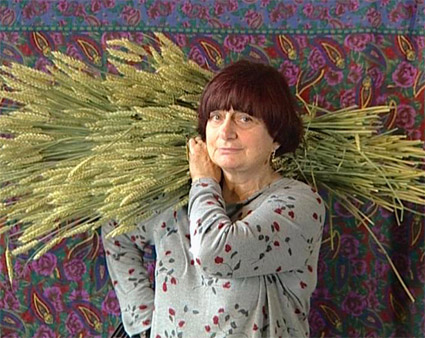 English is durable because of its flexibility and how it so freely borrows from other languages. Yet despite its broad lexicon, Agnès Varda's documentary "Les glâneurs et la glâneuse" inadvertently teaches us that English isn't always very specific.

One of Varda's subjects tells her that "gleaning" is when you take what grows from the ground, while "grapiller" means taking what grows on trees or grapevines. Conceptually, "grapiller" doesn't exist in English. It's just lumped in with gleaning or picking.

The film also tells us about "biffer," which means to take furniture, random housewares or any "trash" left on the curb by previous owners. Is it scavenging or salvaging? Dumpster-diving or recouping? 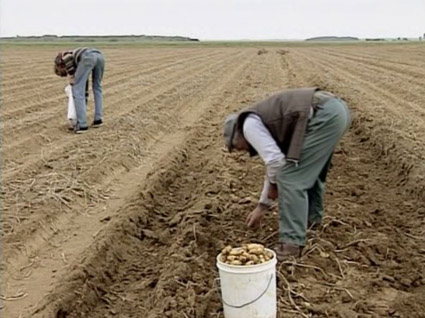 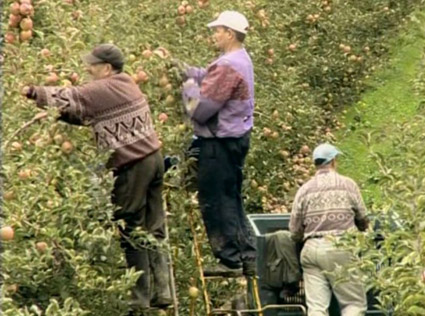 Had the movie title been translated literally, we'd have "The Gleaners and the Gleaneress," but grammar wouldn't hear of it, so we get "The Gleaners and I." It's unfortunate only because the French title tells us Varda doesn't set herself apart from the people she's observing. Like them, she spends most of the film gathering odds and ends.

She collects art, sometimes even acquiring it. She goes from one museum to the next, looking for famous paintings of gleaners. At the Musée des Beaux-Arts d'Arras, Varda mimics one painting's valiant pose. "We saw Jules Breton's The Gleaner," she says. "The other gleaner is me." She drops the handful of wheat she's holding and picks up the new digital camera she'll be filming with.

At home, Varda notes that the mould on her walls is shaped like abstract paintings by Tàpies or Borderie. One of the artists she meets would agree. Making his sculptures from wood and metal scraps, he doesn't distinguish between art and rubbish.

At a flea market, Varda happens upon an amateur painting of gleaners that combines elements of Millet and Breton. Her most providential find is at the tiny museum dedicated to Etienne-Jules Marey. He developed chronophotography, a method of capturing animated sequences in several frames, or, if you will, the earliest form of cinema. 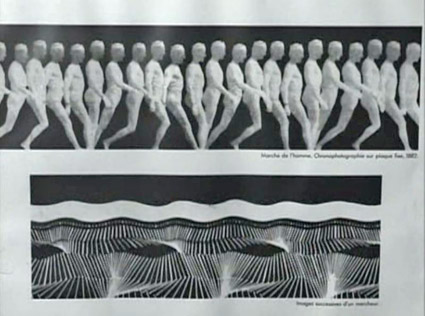 Varda also collects stories. There's the former trucker who used to work impossibly long hours delivering food. One day, he fell asleep at the wheel and crashed. The company didn't have provisions for overworked drivers, so he lost his job, then his wife, then custody of his children. Now he lives in a trailer, gleaning potato fields and scouring supermarket bins.

One Michelin-star chef is known for a menu that consists of what he's gleaned from local farmlands and vineyards. It's fresher than what you get from vendors, he tells us, and he uses every ounce.

In Burgundy, a wine grower deliberately throws what grapes he doesn't harvest to the ground to prevent gleaners from picking any of his good crops. They might be competitors, for all he knows. Still, like many growers in the area, he allows gleaners to pick second-vintage, or "conscripted" grapes, because they're less valuable. The result is what's called "vin de grapillage," a non-commercial table wine.

Back in Paris, a group of homeless 20-somethings are embroiled in a lawsuit against a grocer that pours bleach in his trash cans to thwart dumpster-divers - an ironic acknowledgment that the food he throws out is good enough to eat. In conjunction with this vignette, Varda spends some time with different lawyers, who demonstrate that French laws on gleaning were worded in such a way so as to make it more or less legal, and difficult to punish.

Varda lingers on her last character a little longer than the others. She meets him as he sifts through farmer's market leftovers. He knows all the vitamins and nutrients found in parsley leaves because he has a Master's in Biology. He doesn't work in his field, though. He earns a modest living selling newspapers at the subway station. Then at night, he volunteers at a community centre teaching French to immigrants.

The stories are so intriguing that they warranted a sequel, where Varda showed us what some of these folks are up to now. 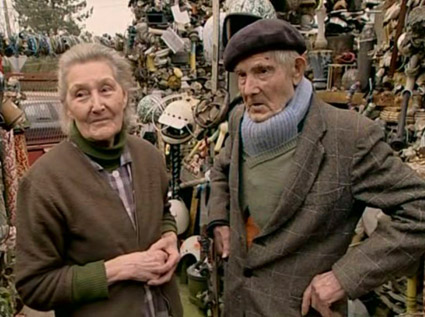 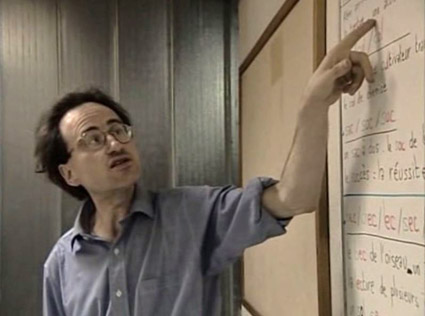 Varda's gleaners refuse to let anything go to waste. And the amount of waste that occurs regardless of their gleaning is shocking. In one scene, we see 25 tons of potatoes returned to the fields where they'll serve as compost. They don't meet market requirements because they're too small or too big. From the hefty discard pile, Varda takes some of the "deformed" heart-shaped potatoes; an example of the movie's quirky expressionism. 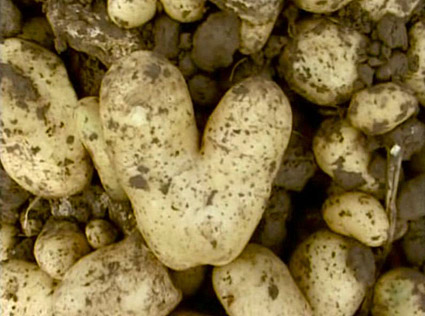 Returning from one of her many trips, Varda films her creased, aging hands, aware that "the end is near." When you get older, she says, your memories of traveling are down to what you gleaned from the experience.

"Les glâneurs" ends with a shot of another painting of gleaners. It's taken outside and held up by two of the restorers who fish it out of a storage locker. Even though it's the parting image, you don't remember the painting itself so much as the way the wind rocks the canvas. 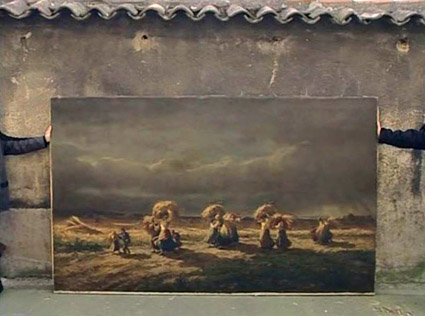 Olivia Collette is a writer from Montreal, Canada. She's still not a linguist. Read her blog on livvyjams.wordpress.com or follow her on Twitter @Olivia_Collette.

"Les glâneurs et la glâneuse" is available on Netflix (U.S.) both as a DVD and for Instant Viewing.