Extinguishing the Ecstasy of Anger 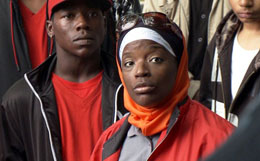 Describing Steve James' "The Interrupters," I might sound like I'm talking about some dry public heath study. The centerpiece of the film is a profound theory on human nature. Science and philosophy aside, "The Interrupters" is the closest thing to a real-life superhero origins story that any of us might ever experience. This film is exactly that: a superhero origins documentary. It might be the most powerful movie I have ever seen.

While over two dozen Chicago children were getting murdered in separate attacks on their way to or from school, our nation was busy screaming over a football player's dog fighting rings. During that same period, my friend Amadou Cisse was also murdered while walking home, a week after completing his work toward a PhD. Because he was a graduate student at the University of Chicago, his story received continual national and international headlines, though most of these other precious children died with minimal media attention. 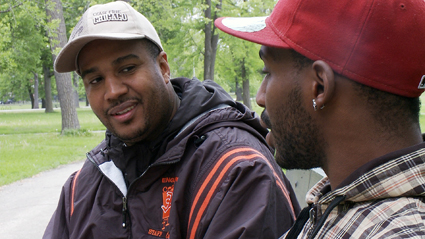 Still, it was on the occasion of Amadou's murder that I met the very friendly Cobe Williams of CeaseFire, who gave me his card and very sincerely offered me his support. I sense that Cobe may have visited many of those children and their families. And, when you see Williams on the screen in James' movie, you know right away that he is a good man with a good heart.

Back then, I thought CeaseFire was merely an informal organization of well intentioned parents hoping to stop the violence in their neighborhoods. Beyond the protests, posters and stickers, I discovered in "The Interrupters" that this group is something far more seasoned, far more sophisticated. 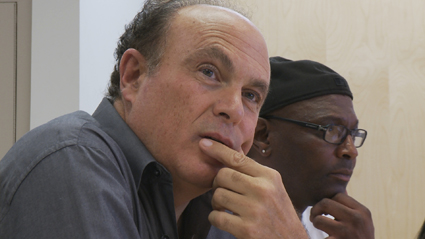 Led by Dr. Gary Slutkin, a scholar trained in reversing epidemics and infectious disease, Ceasefire is an established organization running with the thesis that violence is not so much the actions of "bad people" as much as it is itself a disease. Like tuberculosis, hepatitis or HIV, it is a disease that spreads and can be quarantined. People die from this disease of violence as much and as often as they die from any other traditionally-labeled disease. We see a similar move in our culture to treat certain forms of Depression and Bipolar Disorder as serious illnesses that people succumb to, through suicide.

Their careful method of treatment is rather straightforward. Anytime anyone reports a fight, their volunteers race to the scene and jump in the fray, facing everyone, eye to eye. Calling themselves "Violence Interrupters," they seek to quickly change behavior by way of empathizing and redirecting that heated moment in the fight away from adrenaline-dosed, bestial rage toward something of a dignified hope. In other words, anger is fire that grows as it consumes everything in its path. Our society teaches us that we fight fire with fire, but CeaseFire effectively illustrates that we fight fire, not with fire, but with water. We fight fire with water. 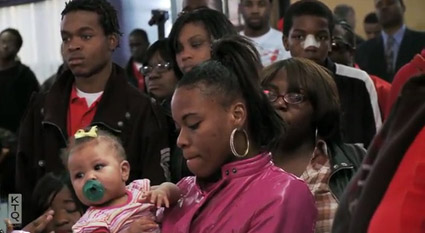 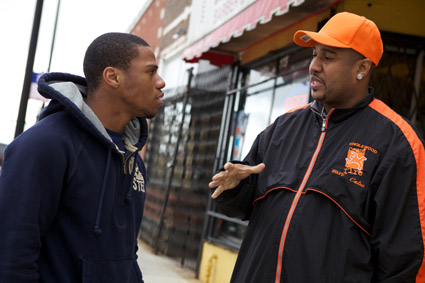 What I have described above, however, is something of a dry, scientific lecture for a dry epidemiology class. For the Sufis, depicted briefly in the film, the methodology is consistent and ancient (addressed in the realm of "diseases of the heart"), though now it is supported by empirical evidence. Nevertheless, aside from the very wise, penetrating work it depicts, "The Interrupters" is no ordinary study; it is the most dramatic film I've seen in a long time, maybe ever.

It follows a few key Interrupters: Williams, Eddie Bocanegra, Tio Hardiman and the star, Ameena Matthews. These are the superheroes we follow. All are reformed convicts; Bocanegra himself is a remorseful soft-spoken convicted murderer. Hardiman is one of the dedicated leaders. Each character stands and speaks with dignity, with immense backbone. All have tough skin, yet very tender hearts. Almost every character sheds tears, sometimes over the difficulty of the work, but more over their own penitence. For some of these characters, the process of saving lives is a step in their own personal processes of seeking redemption. Perhaps even more importantly, each of these heroes is able to speak as Violence Interrupters from first hand experience. 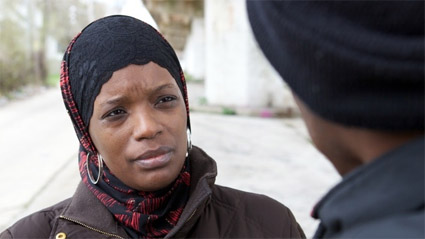 Without doubt, the star of the show is the highly charismatic Ameena Matthews. She speaks with such confidence, humor, and honesty that she manages to make an already powerful movie even better. Even without her interesting pedigree -- the daughter of Chicago's Jeff Fort -- she comfortably positions herself as a powerful mother for the entire city, gracefully, aggressively nurturing daughters and sons, one at a time. While her father was one of the most powerful gangsters in the history of the town that produced Al Capone, she herself traveled in dangerous circles, eventually abandoning them in her own path of self purification.

I struggle to choose one specific powerful scene in the film because every ten minutes is packed with such emotional substance, that you forget all else in the moment. Imagine a father speaking to reporters after his son is shot 20 times. Imagine a man trying to face the parents of a child he murdered. Imagine a little girl visiting the grave of her murdered brother, multiple times a week. Imagine a reformed, newly released convict meeting the owners of a shop he robbed at gunpoint, listening to them recount the event with tears and terror. Imagine a man, shot in the face, walking out of a hospital, getting convinced not to seek revenge.

Just as difficult is the effort in choosing one specific moment of tenderness. Matthews takes one of her proteges to get manicured. Bocanegra listens to little grade-schoolers speak with fright about the noises in their neighborhood, and the guns in their homes. Hardiman tries to contain himself as he visits one of his Interrupters who was just shot. Williams watches his son's football game in a quiet, distant suburban neighborhood, where the biggest threats are deers and rabbits. And, the film takes moments to show us the memorial posts of so many of these murdered children; you cannot help but notice the teddy bears and messages of sorrow. 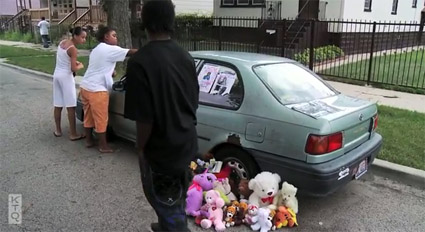 This film does not take those Michael Moore moments of melodrama, where he starts wrapping police tape around Wall Street, or where he starts harassing Charlton Heston over the deaths of children. This film does not complain over the scandal mongering media -- as I have complained above. Nor does the film seek to make you feel guilty; though it did make me feel rather small in comparison to these giant heroes. Rather, it identifies a problem, and seeks to fix it. With, or without any fanfare. The characters in our story are nothing more or less than what they are: humans with delicate hearts, seeking a few rays of hope. And, the Interrupters they meet give them a few doses of sincere dignity. So, as the alleged murderers of my friend Amadou now get convicted, I find no peace in knowing that even more young lives are getting taken (with jail sentences). "The Interrupters" however has me hopeful that there will not be many more.