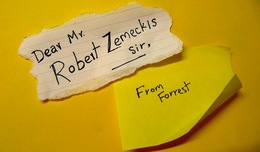 My name is Forrest. Not Forrest Gump, but Forrest Narayan. I am ten years old.

I have two brothers and their names are Marty and Satyajit and Marty is twenty years old and Satyajit is six and three quarters.

Even though I don't fully understand the "Back to the Future" movies and even though my parents don't let me see some scenes from "Forrest Gump," I really like those movies.

In 'Back to the Future', I enjoy all the time travel scenes and the skateboarding scenes and I find some scenes really really funny, especially when Doc is there! I like all the future scenes in part two, but I don't think we will have flying cars in 2015. Oh, also in part two, there is a Pizza Hut logo on the packet, but the logo you used was the older logo but now on the boxes there is a newer logo, so that's not right. Even though, I love the movies! 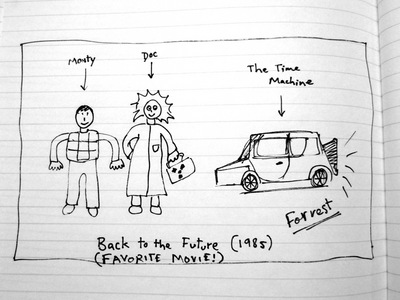 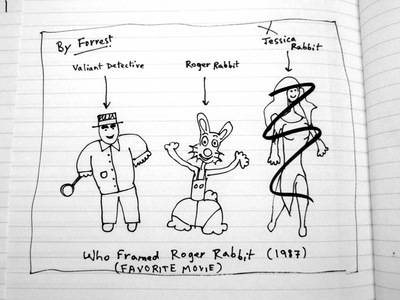 And I cry twice every time I see Forrest Gump, one time when Bubba dies and the other time when Forrest is talking to Jenny's grave stone. I think that the movie has many good messages for people, like no one is stupid. When my classmates call me stupid, I proudly say 'stupid is as stupid does', even if I'm not clear on what it means. And I laugh in that movie a lot too, some scenes are hillarious! 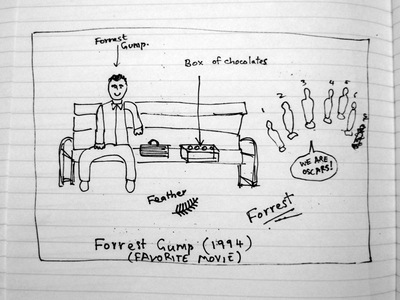 But I have a question I would like to ask to you, and my mother thinks it would be a good idea to write it down and send it to you so that is what I'm doing. The question I have is why are you making your newer films using computers when you could make them using real live cameras instead?

Like I said before in my letter, I love your old movies but I don't love your new movies so much. My mother is now telling me to say 'no offense' and 'sorry' and say the words 'humble opinion.'

"The Polar Express" had fun adventure parts, but the animation was little creepy at some times. I found the girl heroine scary looking. And I got even scareder of the skiing man on the top of the train. 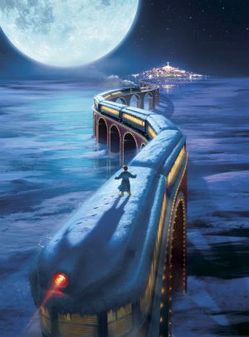 My father is telling me to write that he was imotionaly disconnected from the movie, unlike with your other movies which you made. My mother says my father is wrong and that you were simply experymenting and that is a good thing to do. My father said he never felt for the characters. I don't understand my parents.

And I found "Beowulf" even more scarier. Marty is next to me now. He is saying that Anjelina Jolie is secksy. My mother just sent him out of the kitchen. I didn't understand the story of "Beowulf." My father says it's good that I didn't. I don't know what he means. I like some parts of the movie a lot though, like the dragon scene. My mother is asking my father why you had to make the movie using motion catcher when you could have used real live cameras. My father is immittatting my mother and saying you are simply experymenting. My mother is quiet. Some times I don't understand what grown ups are talking about, Mr Zemeckis sir.

I didn't get to see "A Christmas Carol" fully, but I know how it ends because we studied Charles Dicken's story in English class, and his story is the same as your movie's. I didn't see the full movie because Satyajit, my little brother, got scared and started crying when the ghost's mouth bone came off when he was talking to Scoorge Scrooge.

My parents went for the movie again after, and my father says he found it uneven and unconvhincing. He says the parts with the ghost of the future should not have had those crazy 3-D ride scenes as they take away from the imotion. I don't understand why my father is so worried about imotions. My mother is saying Scrooge's transformation was too sudden. I don't know what to say as I thought it was too sudden in Charlie's story also. 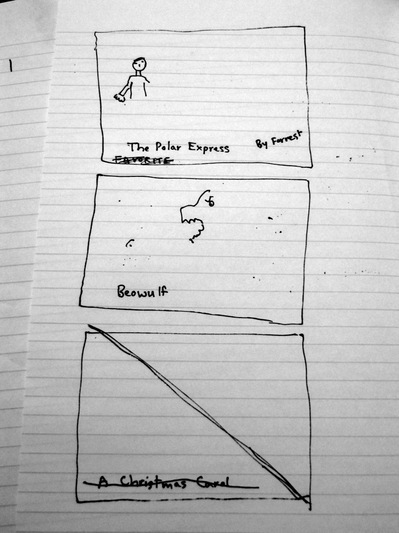 Mr Zemeckis sir, I wonder why you keep making movies with computer motion catcher. I feel real live video is better and less scary. My father feels you are lazy to record using real live cameras. My mother always says to me if I'm lazy, I'll become fat like Aunt Aghanashini, so I'm careful not to be lazy and you had better be careful too because Aunt Aghanashini is very fat and you're my favorite director in the whole world and I don't want you to become as fat as her because then you can't make movies anymore. My mother doesn't think you're lazy. She thinks your experymental. My father is laughing.

I really really like you Mr Zemeckis sir. I wrote about you in my English project about who is my role model and one day I wish I can make movies like you. Only, I won't make them using motion catcher. I want to use real live cameras like the Sony Handycam my parents have in their third drawer. 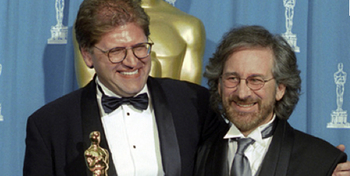 My mother is asking to me say 'humble opinion' again.

My father wants to add something here.

Dear Robert, I truly admire your movies. I think you're a fantastic, cinema-changing director, really I do. It's just after 'The Polar Express' that things have changed. I just didn't feel that same... joyous zest in your films. I was emotionally distant from the characters. I don't want to say anything that sounds condescending as I don't know much about films, but I can say this: I named my first son after Marty from 'Back to the Future' because my wife and I loved those films. I named my second son, the little tyke who was writing this letter, Forrest, after 'Forrest Gump', your best movie in my opinion. We named our third son Satyajit.

This is Forrest again. Thank you for your time Mr Zemeckis sir. I know you're a busy man.

My mother read on the internet that the next Roger Rabbit movie is being made using motion catcher too!

Please, Mr Zemeckis, make real life movies again, with the same fun and joy! The seventh thing on my to-do list is: 'See a great Robert Zemeckis film in theatres.' If you don't come up with one, I'll need to find a DeLorean time machine to go back in time and see your older films in the theatre, and even though if I can find a DeLorean time machine, I don't think I can steal Plutonium from anyone. 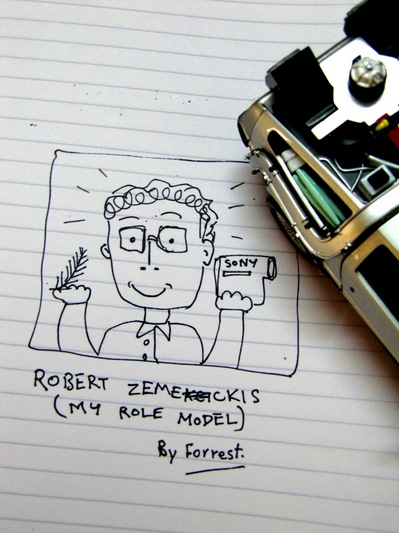 Krishna Shenoi writes: My YouTube channel can be found here. You can see my more recent amateur films here, although I rarely update that website now (due to laziness, a trait I'm known for). Oh, and I paint too. You can see some of my artwork here, on my blog. I'd like to think I can write as well.

I'd like to say that Forrest Narayan is completely fictional, as are his parents and siblings; but his words stand for my thoughts and his art for itself.