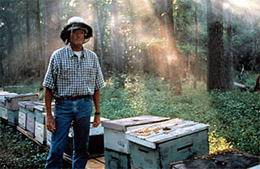 As the quiet, fragrant hickory quality of the American Small Town fades into disposable plastic franchises, we find ourselves longing. For some, the American small town is the home they have been handed, being the home that they have chosen to keep. For some, it is the refuge away from the complications of city into a new simple life of inconspicuous rebirth. For many of us, however, the small town is an idealized yesterday that we mourn, nostalgic for a return to a black and white television show with Opie and Andy. The strange thing about Victor Nunez's "Ulee's Gold," is that it made me long to return to a hometown, an American small town, that I never lived in.

Ulee (Peter Fonda) is a gentle widower of mild disposition and ambiguous history. He drives an old pickup truck in faded jeans and dines at home with proper silverware. Professionally, he runs a honey business, once hoping to hand the family trade to his now disfavored, incarcerated son (Tom Wood). Now, he juggles life by running the family business, while caring for his increasingly rebellious adolescent granddaughters (Jessica Biel and Vanessa Zima). 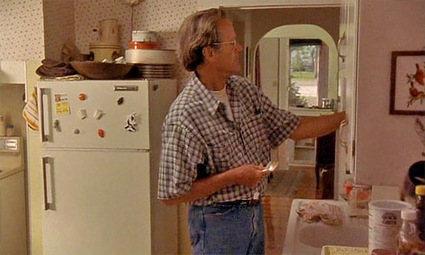 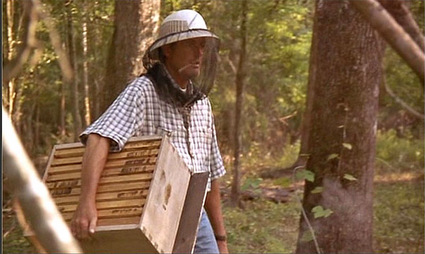 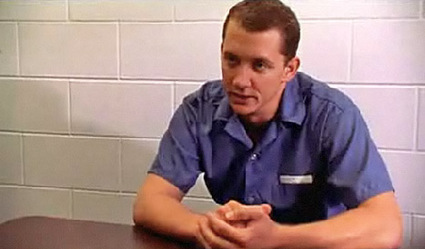 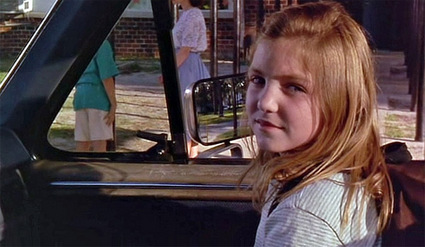 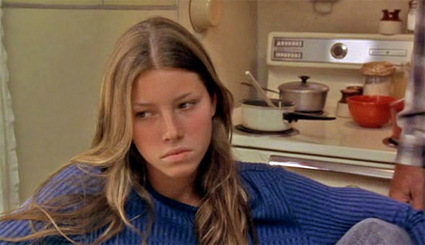 If there is an American culture somewhere between the melting pots and corporate logos, it is "counterculture," an ongoing process of rebellion against authority, where each subsequent generation makes the same mistakes trying seeks to find itself. Each of these three generations in this movie was nurtured through three different eras.

Ulee is a survivor of the sorrows of Vietnam. He has a decades-old community of friends and clients, and accepts the Honda-driving divorcee (Patricia Richardson) who has quietly taken residence across the street. His son, however, is a young man suffering through wrong choices, despairing of his father's respect and validation while still grieving his departed mother. His father never approved of his reckless friends, and now he sits in jail resisting any notions that "Father Knows Best." The granddaughters, however, are finding their rites of passage into maturity, through the polluted imaginations of MTV, befriending thugs in loud cars behind their grandfather's aching back.

When those granddaughters help Ulee work, we remember that each young punk still has a good, tender heart. Each of these three generations is at different stages on the same path. 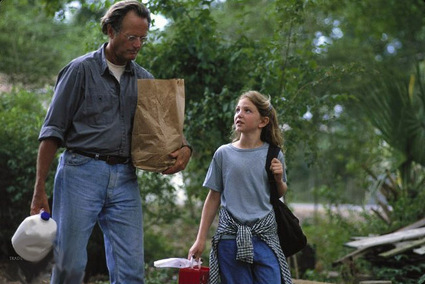 Against this backdrop, our story quickly unfolds in three directions.

First, Ulee has to track down, sedate and rehabilitate his drug-addicted daughter-in-law (Christine Dunford). We do not know what she has done and what has been done to her. We do know that she is wounded, and that Ulee has too much love, duty, and dignity to even consider leaving her in the neon wilderness of bars and motels. That his new neighbor is a nurse helps not only through the recovery process, but also in comforting the granddaughters as they angrily watch their mother's breakdowns. Still, she cannot shield Ulee's family from the inevitable small town rumors. 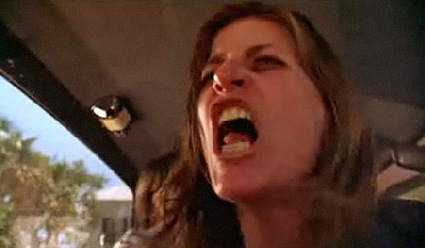 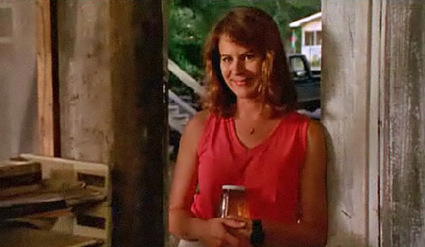 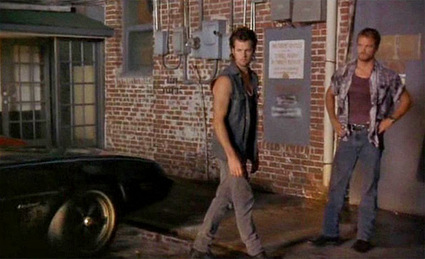 Second, Ulee's son sends him on an expedition to find a canister of stolen cash. Those reckless, drunk friends are also hunting for the cash, and will not hesitate to shoot anyone who blocks them from the hidden treasure. It seems completely out of place to describe this thread in this movie, yet, this plot manages to add tension and humor without compromising the atmosphere and characters. It works because the film remains, from beginning to end, character driven. It works because the motivating problem is still the same. 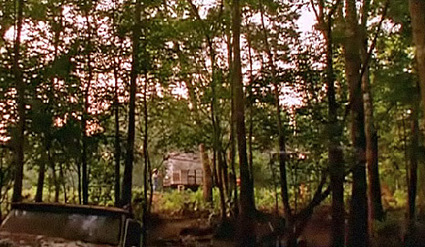 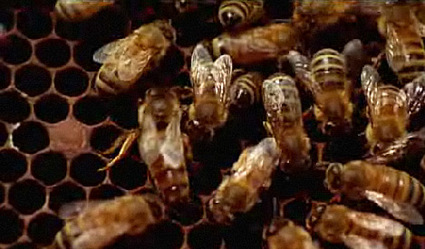 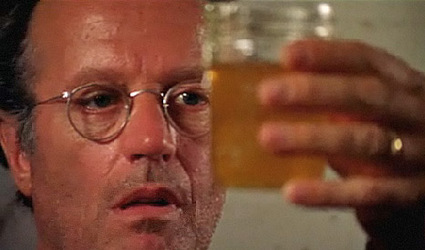 But, this film is not a complaint about this lack of filial piety that our culture seems to master. Rather, it is the story of a man - Ulee - who has long ago made his mistakes, repented, and reformed, and is now working his best through his challenges. And, long after the movie ends, perhaps his descendants will do the same. As his cleaned-up daughter-in-law smiles with her children, we feel a simple, small happiness and hope.

I suppose, then, that in our longing for those small towns we never knew, that perhaps never existed, we are really longing for a whiff of that silence where the only sounds are the sounds of crickets, wind, and whistles. Perhaps we yearn for the unconditional love that seemed to glue our families together. Perhaps we simply yearn for some simple hope.