A portside gallery of thwarted Destiny 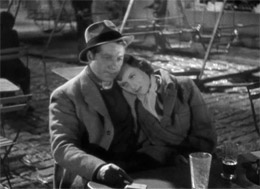 "Port of Shadows" begins a revival run at the Music Box on 1/25, and is in the Criterion Collection.

Noir revolves on a shorthand of recognition; a cruel fact expertly utilized by Marcel Carné, when he cast two of the most identifiable of French film stars in his 1938 classic, "Port of Shadows" (Le Quai des Brumes). A pressing fog floods Le Havre in the director's pre-WWII drama, but even in the thickest mists, Jean Gabin and Michel Simon, then catapulted to fame recently in "Pépé le Moko" and "Boudu Saved from Drowning" could never find secrecy from their characters' shame-ridden pasts.

Charlie Schmidlin is a writer/filmmaker living in Los Angeles, and whose work and criticism has led him to China, France, and across the U.S.. He currently writes for The Playlist blog on Indiewire.com, and seeks to pen the perfect FFC on Paul Bettany's rom-com, "Wimbledon."

At the time, a notable future lay ahead for Carné; his collaboration with writer Jacques Prévert, "Le Jour Se Lève (Daybreak)" would follow the next year, and in turn lead to their crowning achievement, the theatre-troupe romance "Children of Paradise." But the foundations are laid here, in the arranging of what's now known as poetic fatalism; a familiar, haunting atmosphere limping through existence, working-class men trapped in crises outside their control, and of course, a down-on-her-luck leading lady who presents their single chance at a decent life.

Just one year prior, Gabin exited Renoir's "La Grand Illusion" a soldier upholding the image of France, but enters Carné's tree-lined road outside Le Havre an Army deserter crippled by it. Amidst the fog, a passing truck picks him up in his uniform; in discussion, nothing besides his name, "Jean," and a past (Indochina) is ever revealed. A backstory would be superfluous for Gabin, though: He is a type, a still image of subdued respectability wrenched to life by instinctual violence. As such, a quarrel with the driver breaks out after he almost hits a dog--an animal which binds himself to Jean and the film's themes later on--but the dispute is quickly and cordially resolved, and Gabin's uneasy dynamic to the town's lonely citizens firmly established. 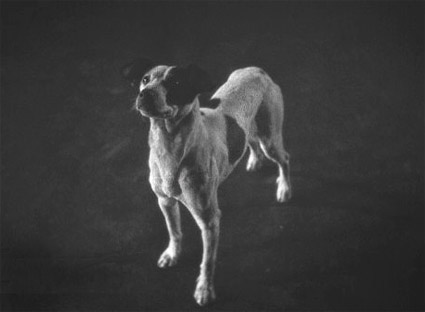 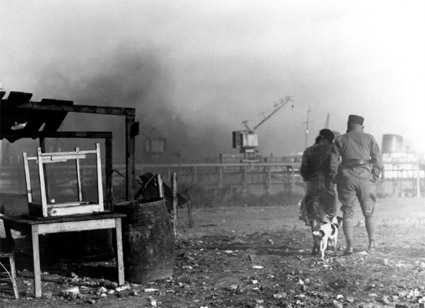 After he encounters a whimsy-driven drunkard (Raymond Aimos), seen repeatedly exchanging a good night's hotel stay for another round, Gabin is directed to Panama (Édouard Delmont), the owner of a seaside shack hospitable to the right sort of escapee. These include Robert Le Vigan, an artist burdened by "painting what's behind things," and 17-year-old Nelly (Michèle Morgan), hidden in the room adjacent from both her brutish godfather Zabel (Simon) and Lucien (Pierre Brasseur), the gangster pursuing them. Clad in a shimmering raincoat that gives away Coco Chanel's uncredited involvement, it's impossible for Gabin not to fall in love with her, even as a ship leaving for Venezuela beckons as well. 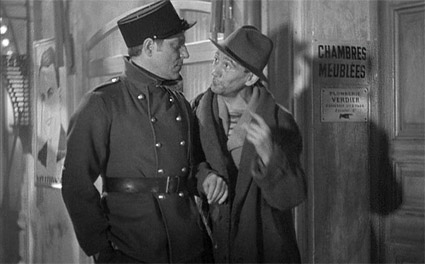 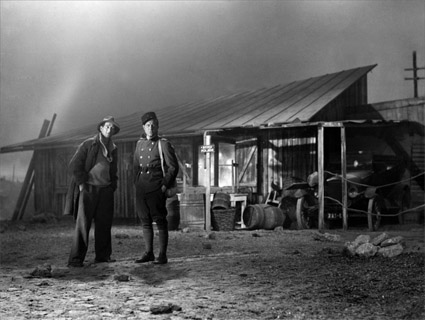 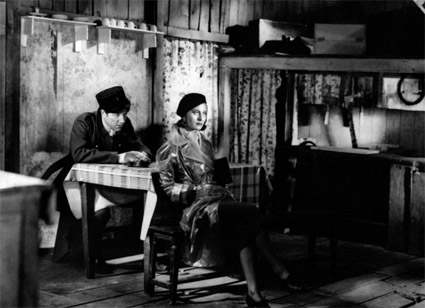 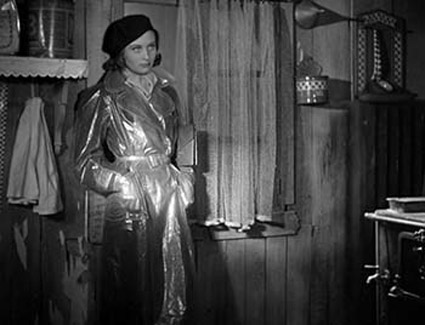 We oftentimes see that vessel, clustered with others in Eugen Schüfftan's on-location photography of dockyards, but never actually in frame together with the cast; intended or not by Carné, this choice renders the disconnect between Gabin and departure even more pronounced. Peculiar, because the location itself was a conceded substitute: Carné and Prévert envisioned originally a film based on Pierre Mac Orlan's novel set in Germany, but its bleak approach prompted heads of French production at UFA (Universum-Film AG, which included Joseph Goebbels) to force the project elsewhere. All said, Le Havre was probably the wiser choice. 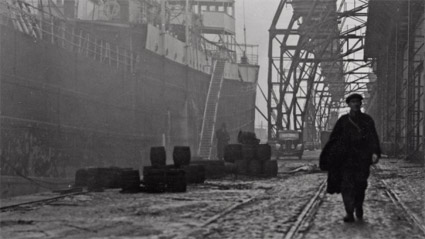 Still, the dissolution in '39 of France's Popular Front looms large over every frame, its left-wing, anti-fascist leanings suddenly transformed into a disillusioned husk. Le Vigan, although a brief mark on the overall narrative, complements Jean as the exemplar of such a resignation. When he commits suicide early on by walking naked into the sea, he leaves both his clothes and passport--his identity--to Gabin. Jean takes them, but ignores, at least initially, the painter's artistic take of a swimmer as "man soon to be drowned." Then again, Gabin doesn't need to remember this; he lives the sentiment through his growing suspicion of Zabel's loathsome nature, and the impossible future for his and Nelly's love.

That romance is dutifully portrayed, and it never lifts off even as Morgan uses her piercing eyes (and again, that raincoat) to stunning effect. Simon, too, gives a disappointingly staid performance; he refutes Lucien's clownish insult early on with a dangerous warning to "laugh all you want," but this ellipsis toward a sinister, moustache (or in this case, beard)-twirling performance suits him weakly. He has his moments of comic terror throughout, but those impeccable hints of pathos and anger seen in Boudu or Jean Vigo's "L'Atalante" are sadly little seen here. 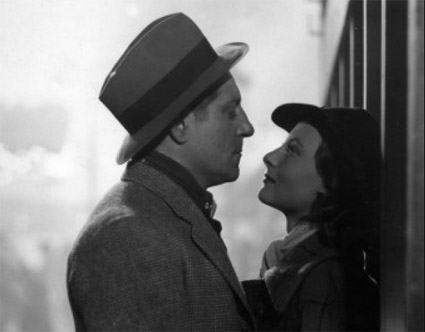 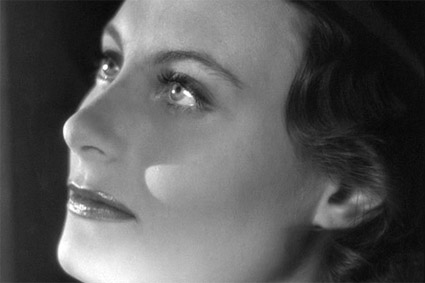 Simon's tempered conventionality extends to the other unsavory figures lurking; as Lucien, Brasseur's only contribution to the film is to threaten Zabel, twice submit to a beating from Jean--the infamous Gabin whip-slap--and wander into frame near the end to fulfill the plot's downbeat conclusion. The character himself is a simpering prototype: cowardly to the core, yet eager to make his mark known, and thus he can be seen as a necessary prototype for later iterations, like "Force of Evil," "Dangerous Ground" or "Night and the City." (Rian Johnson's "Looper" also features a similar villain, played by Noah Segan, who carries this baton wonderfully). 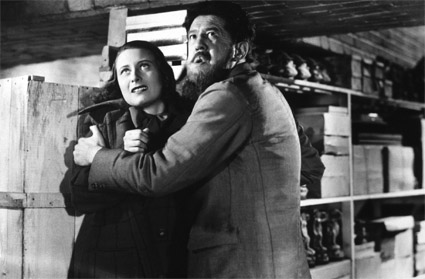 Atmosphere remains the star attraction, and as Maurice Jaubert's stomping score heaves over fog-shrouded shots of Gabin among Le Havre's entangled souls, we find reason for its much-lauded (and controversial) status. In its sparse look at a very selectively populated environment made selective, like Robert Bresson's "A Man Escaped," it clearly finds its footing from Carné and Prévert's impressions. But unlike that film --which declares a predetermined success in its title alone--"Port of Shadows" paints a murky question to the escape of its characters. Carné's film then succeeds, by its bold insistence that they never will.