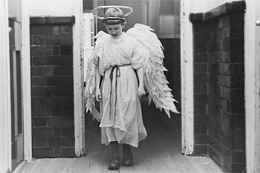 "The Terence Davies Trilogy" is a work of such profound sadness and despair that watching it has to result in either obliteration or catharsis (unless it provokes a walk-out). Six years in the making, the three black-and-white shorts took their time oozing from Davies' personal experience and one can see the growing assurance of their director's hand. "Children" (1976) try out things in a tentative way, "Madonna and Child" (1980) solidify them into a steady mode of expression and "Death and Transfiguration" (1983) present a mature, stunningly poetic cinematic voice. Now that the three movies are only shown spliced together (and became available on a Region 2 DVD released by British Film Institute), one can see the emergence of Davies' techniques and savor what remains his most direct and devastating work to date. 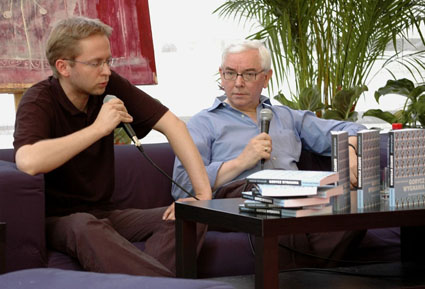 Brutally autobiographical, "The Trilogy..." channels Davies' own experiences of growing up Catholic and gay in post-war working class Liverpool: a child to a protective mother and a volatile sadist of a dad. The sad and abused kid turns into a ghoulish adult overcome with sexual and religious guilt, living a life that is best described as a one long, barely repressed sob. Even though the specifics (as well as the main character's name) differ from movie to movie and will further morph in Davies' subsequent features, the solid core of unprocessed guilt is on clear display at all times. These are movies about a man growing up to hate himself to the back-beat of pious incantations of God's everlasting love. What makes this portrayal of total self-hatred even more poignant, is that "The Trilogy..." covers its character's entire lifespan (including a grueling post-stroke death Davies admittedly abhorred and imagined for himself in the final installment). Davies tells a story of a man who never comes to terms with his homosexuality and, to paraphrase the final sentence of Henry James' "Washington Square," willfully locks himself into a closet - for life, as it were. 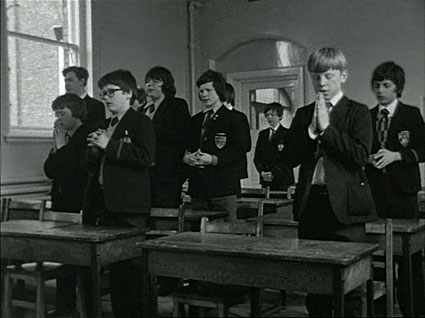 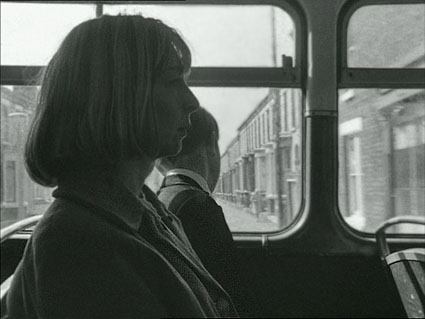 The way the films are made, the plot events not so much progress as come to the surface - albeit fleetingly. Past, present and future are jumbled together and presented in a free-associative way that seems natural and inevitable thanks to superb editing. Davies switches from his alter ego's youth to middle and old ages, presenting his life as a hall of mirrors with a running theme of guilt and desperation. The movies may have been produced in 1976 and later, but they take place in a reality that never registered Stonewall. Tucker (as Davies' stand-in is called in two of the films) is stuck as much in his dead-end job as he is in his closet. All of his sexual encounters take place in seedy clubs, S/M joints and public toilets. His face seems pummeled in, his eyes lack all spark and his mouth remains sculpted into a perpetual grimace of anguish. There's not even a hint at a possibility of a different life for him - not because Davies doesn't believe in it as a matter of principle, but because it doesn't dawn on this particular character at this particular time and place. (As Julian Barnes' wrote in his brilliant "The Sense of an Ending," commenting on the main character's forced chastity: "You may say, But wasn't this the Sixties? Yes, but only for some people, only in certain parts of the country"). 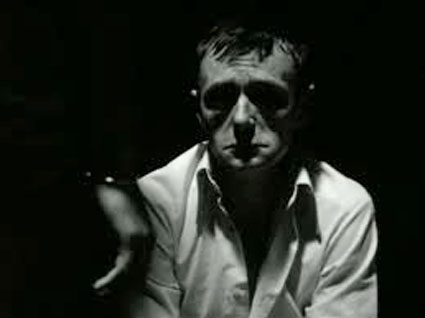 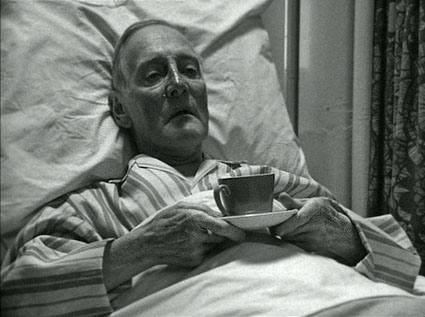 Even though he will ultimately direct a superb adaptation of Edith Wharon's "The House of Mirth" many years after finishing "The Trilogy...," there's not a novelistic bone in Davies' body. His movies are never put together in terms of elegant story arcs or even straightforward narrative progression. As a director, Davies is all about juxtapositions - both in terms of editing and overlaying images with seemingly incongruent sound. The power of the "Trilogy..." lays in how boldly Davies employs those means in order to convey his character's state of mind - as well as nature of memory itself. Moments of son's affection towards his mother morph into clandestine sexual encounters with smirking, tattooed hunks; a man on his deathbed seems to be visited by his younger self running late to school; a childhood memory of a glowing Christmas tree clashes with images of a nighttime hospital ward: a place not so much haunted as downright inhabited by death. 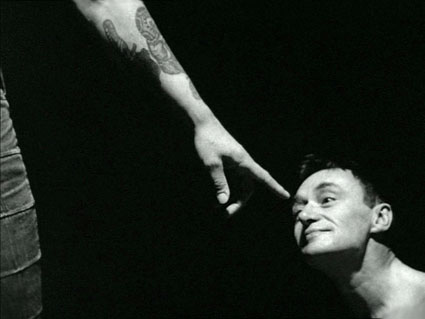 In what counts as the "Trilogy"'s most shocking sequence, Davies employs all his strategies at once: slowly gliding camera scrutinizes the splendor of an empty Catholic church, Bruckner's majestic "Mass in E-minor" plays on the soundtrack, while Tucker is making a telephone call to a back-alley tattooist in vain hope of having his genitals adorned with one of his works. The obscene and vulgar language of the conversation alone makes for a startling contrast with the sacred interior - what's even more blasphemous is the fact that this sexually motivated bargaining is in fact a kind of Tucker's heartfelt prayer ("Please say you'll do it... Please..."). 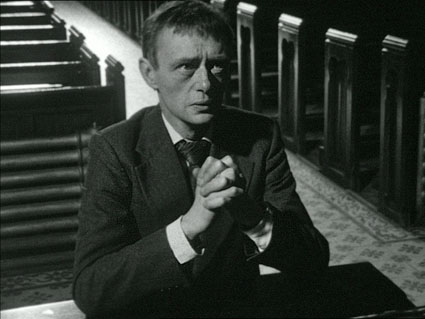 According to Catholic church's teachings, all homosexual acts are sinful - it's only the condition of being homosexual that's not. Hate the sin, love the sinner, et cetera. "The Terence Davies Trilogy," among other things that it does, shows just how this very logic pushes an individual to misplace sexual fulfillment and perceive it only in terms of punishment and transgression. The reason Tucker doesn't form a loving relationship with another man isn't that Davies denies him one in order to stay as miserabilist as he can. It's the logic of the religion Tucker adheres to that forbids him any expression of sexual longing. What Davies actually shows is Catholic teachings about homosexuality followed to their logical conclusion: a life of solitude and longing that will never go away and will forever seem a form of torment - not a promise - to the one who experiences it. 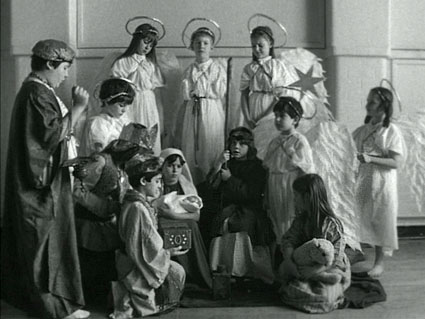 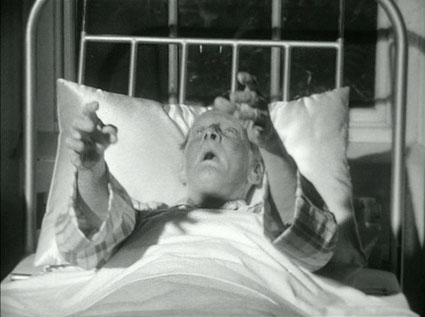 In fact, Tucker desires another man even on his deathbed, extending his arms towards a vision of a bare-chested, muscular angel. This may be the boldest of all Davies' suggestions: that for this repressed man, whose life has been destroyed by a cheerfully inculcated message of self-hatred, afterlife alone can provide another man's loving (and guilt-free) embrace.