IN HONOR OF WERNER HERZOG'S 75th BIRTHDAY ON TUESDAY, SEPTEMBER 5th, the University of Chicago Press is publishing Herzog by Ebert, an invaluable compilation of the late critic's reviews and essays about one of his favorite filmmakers. A book signing with Herzog will take place at 11:30am on Monday, September 4th, at the Between the Covers bookstore, 224 W. Colorado Avenue, in Telluride, Colorado, as part of the Telluride Film Fest Sidewalk Signings series. 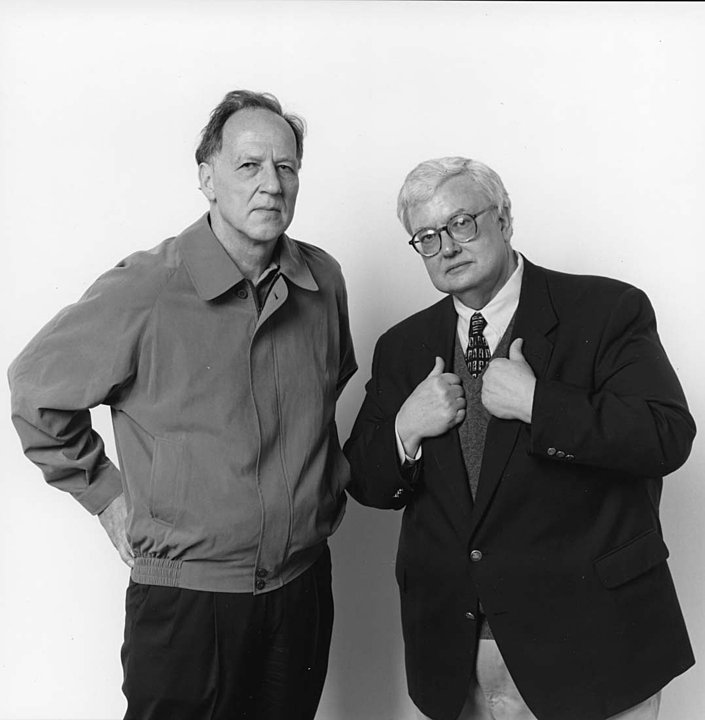 UPDATE: Another acclaimed filmmaker, Ken Burns, will also be signing copies of his book, The Vietnam War: An Intimate History, at this event. Both book signings take place immediately after a screening of Burns' movie "The Vietnam War," which is being shown at 9:30am in the Herzog Theater, with a Q&A by Burns and Herzog. For this reason, the signings may not begin until noon or 12:15pm. Cake will be served at the event in honor of Herzog's birthday. 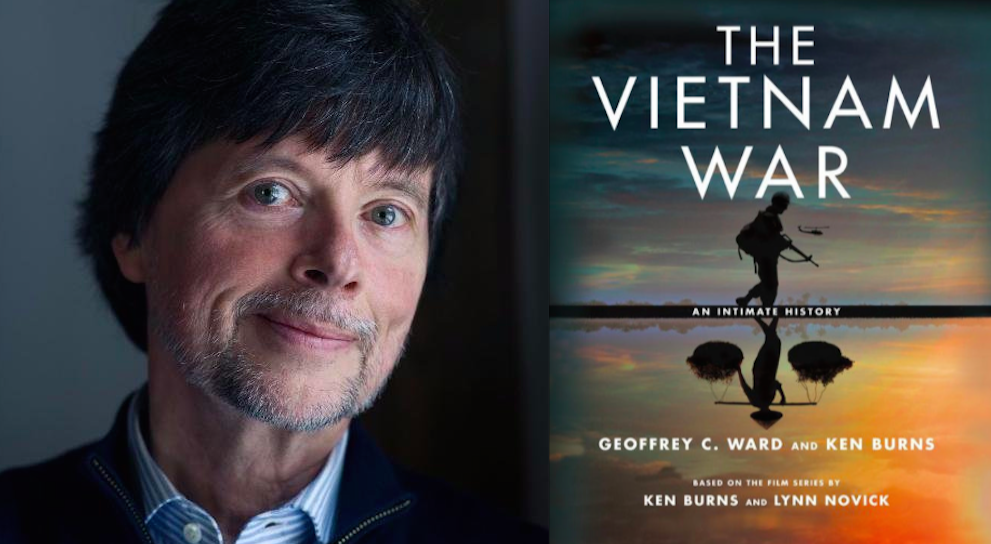 Herzog by Ebert encompasses the remarkable relationship between the pair of celebrated film icons that began with their first encounter at the New York Film Festival in 1968 and ended with the critic's untimely passing in 2013. The book contains Ebert's reviews of 15 Herzog films (along with two documentaries about the director), as well as six Great Movies essays, six interviews and an essential, rarely read conversation between the two men at Facet's Multimedia in 1979. For a sampling of Roger's writing on Herzog, below are a few paragraphs of the Roger's Favorites column dedicated to the filmmaker.

In a blog post written in 2008, Roger acknowledged how his site contained a great deal of articles about the revered German filmmaker, Werner Herzog. “In my mind there can never be too much,” he admitted. “He and a few other directors keep the movies vibrating for me. Not every movie needs to vibrate, but unless a few do, the thrill is gone.” Roger often included Herzog’s 1972 classic, “Aguirre, the Wrath of God,” on his list of the ten greatest films ever made. In his original four-star review of the film, Roger hailed Herzog as “the most austere of the new German directors, the one most concerned with characters trapped at the extremes of alienation and madness.” He dubbed it “an obsessive film, about obsession” in which “Herzog finds images to make the river journey an almost physical reality for us.”

When Roger started his Great Movies series, “Aguirre” was one of the first titles he inducted, calling it “one of the great haunting visions of the cinema.” In 2010, Roger viewed the film one shot at a time with Herzog and Ramin Bahrani at the Conference on World Affairs in Boulder, Colorado. The experience was so profound, it caused Roger to ponder whether he had really ever seen the film at all. 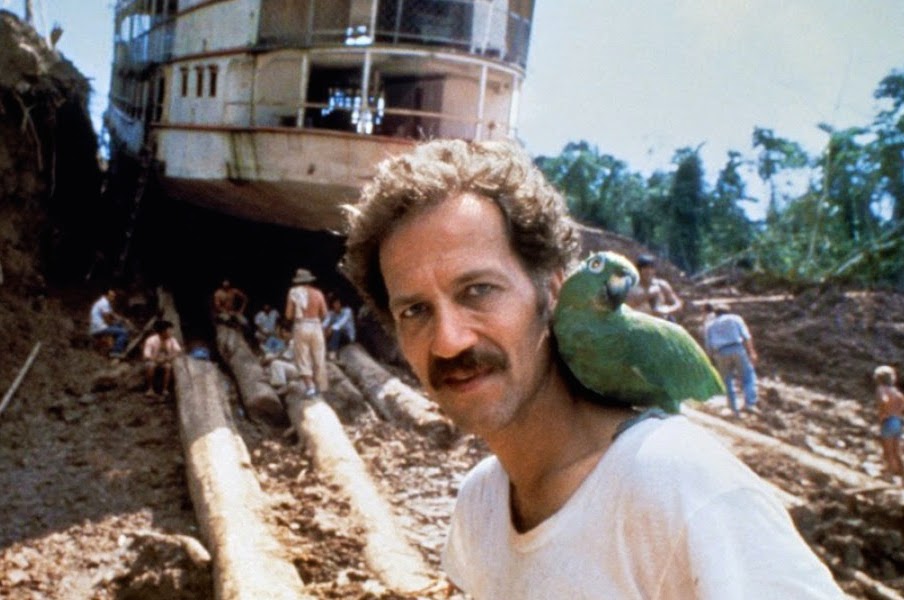 Of course, “Aguirre” is just one highlight in a career that is loaded with them. In his Great Movies essay on Herzog’s 1974 picture, “The Enigma of Kaspar Hauser,” Roger explored the filmmaker’s ability to “find extraordinary individuals who embody the qualities” that he wants to evoke. Rather than depending on acting in the conventional sense, Herzog “is most content when he finds an actor who embodies the essence of a character, and he studies that essence with a fascinated intensity.”

His Great Movies essay on “Heart of Glass” (1976) is particularly chilling, as the film causes Roger to reflect on the seemingly dire fate of our planet. “Some images are complete without translation into words,” Roger wrote. “‘Heart of Glass’ strikes me as a film of such images. From it I get a feeling that evokes my gloom as I see a world sinking into self-destruction, and feel I am lucky to be old because there may not be another lifetime's length of happiness left for most people on this planet. For most of my time here there was still rose-colored glass.” One continuously senses that Herzog’s work had a spiritual impact on Roger as well as an intellectual one.

In one of their last conversations, Herzog told Roger about his unslakable curiosity regarding the human condition. “As you would understand the very nature of physical matter by putting it under extreme temperature, pressure, or radiation, similarly human beings would reveal their nature under extreme conditions,” Herzog said. “The Greeks have a proverbial saying I always liked: ‘A captain only shows during a storm.’”

A year after their chat, Herzog made one of his funniest movies, “Bad Lieutenant: Port of Call New Orleans” (2009), which earned four stars from Roger. He declared that Herzog and his star, Nicolas Cage, were “born to work together” since they are “both made restless by caution.” To Roger, the film was “not about plot, but about seasoning. Like New Orleans cuisine, it finds that you can put almost anything in a pot if you add the right spices and peppers and simmer it long enough.”

To order a copy of Herzog by Ebert, visit the official site for The University of Chicago Press.

Book signings of Herzog by Ebert and The Vietnam War: An Intimate History will take place in Telluride, Colorado, on Monday, September 4th, 2017, at the Between The Covers bookstore as part of the Telluride Film Fest Sidewalk Signings series.