The Favoritest Movies (or Everybody Loves Lieblingsfilme) 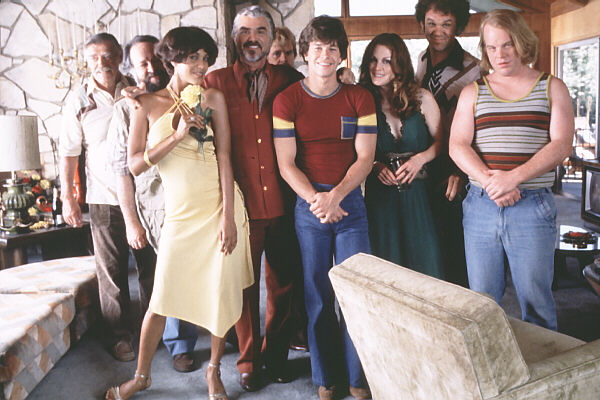 Just a few of my very favorite stars from "Boogie Nights."

Yes, I know "favoritest" isn't a word, but I'm (mis-)using it in the spirit (though not the letter) of the German language, in which you can construct all kinds of nifty words freely and on the spot -- like "Nachkriegsjahrzehnte," which as near as I can tell means "the decade after the war." All in one word! Wundervoll! Es ist mein neues Lieblingswort! German happens to be the primary language of the excellent film magazine Steadycam, edited by Milan Pavlovic, which has just published a magnificent 50th edition/25th anniversary issue (354 pages, plus a 24-page insert -- the size of a film festival catalog!), featuring a massive tribute to Robert Altman and an international poll of "lieblingsfilme" -- or, as I prefer to think of them, "favoritest films." (I'll take that over "most unique" any time.)

See, these are not just favorite films. They are the 30 most favorite films of the participating critics and filmmakers. (I suggested some online critics be included, so some of my favoritest -- including Dennis Cozzalio and Andy Horbal -- were also invited to contribute faves.) The last such Steadycam poll was in 1995, and although many of these movies are also on the AFI 100, I really enjoy the eccentricities and idiosyncrasies of these individual and collective selections.

I'll have more about my 6,000+ words on Lady Pearl in "Nashville" (greatly expanded from a spontaneous Scanners post after Altman's death last year), but since we've been talking so much about the AFI 100 and other lists recently, I thought I'd take the opportunity to share the results of Steadycam's poll, along with my "30 lieblingsfilme" -- as I threw them together the day I submitted my list....

I love (or at least quite like) every movie on this list (except for the Wong, which I still haven't seen). OK, I'd put "Double Indemnity" or "The Private Life of Sherlock Holmes" or "Avanti!" (1972) or "Sunset Boulevard" or "Ace in the Hole" or "One, Two Three" or maybe even "Kiss Me, Stupid" above Wilder's "Some Like It Hot" or "The Apartment," but that's me. Speaking of which, here's my list (as published): 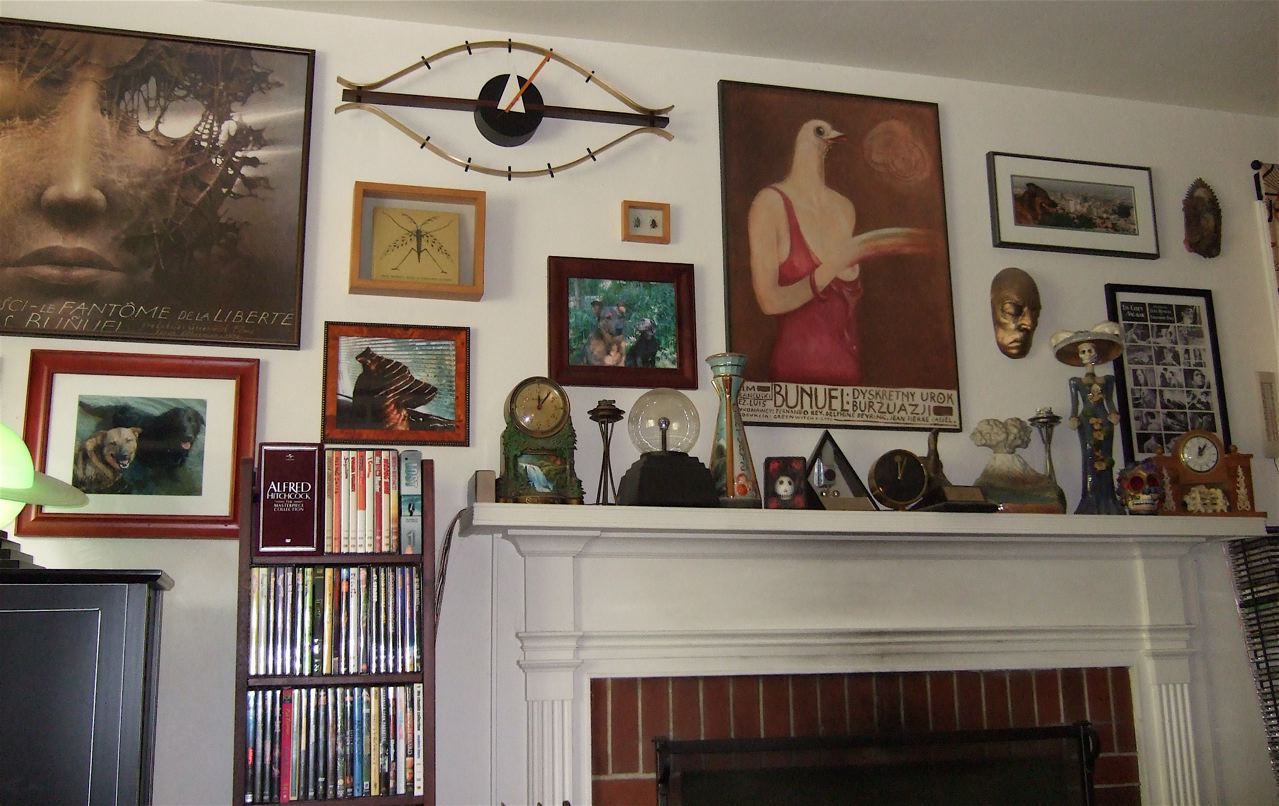 This is one of the walls (viewed from the comfort of the Man Chair) that helped me generate my list of lieblingsfilme. Note prominence of Keaton (life mask) and Buñuel.

In choosing my favorites (mainly by using my memory and glancing around the room at shelves and posters), I emphasized the impact these movies have had on me, my joy at revisiting them, and my desire to see them again. And yet there are so many personally indispensable movies that aren't on my list, either because they got crowded out as I filled up the slots or because I neglected to think of them at that moment.

Looking at the other lists, I think I found a kindred spirit in somebody I don't know, Hans-Dieter Delkus, whose (chronologically ranked) assortment made me smile (even though I haven't seen most of the shorts or even a few of the features):

Like I said, the films on this list that I have seen (especially the inclusion of "Our Hospitality," "Liebelei," "In a Lonely Place," "The Far Country" and "Heaven's Gate") make me all the more curious to check out the ones I haven't seen.

The American Dream and Other Fairy Tales